AUSTIN, Texas - 11th Street in downtown Austin is closed due to a chlorine gas release near the Criminal Justice Center.

EMS and fire crews responded to a HAZMAT alarm in the 500 block of W. 11th Street just after 3:30 p.m. Initial reports said the alarm was due to an accidental chlorine gas release.

The Austin Fire Department says the leak is contained and the fumes are not spreading out of the room in the parking garage area. The barrels of hypochlorite has been capped and the building is now being ventilated to remove residual fumes. 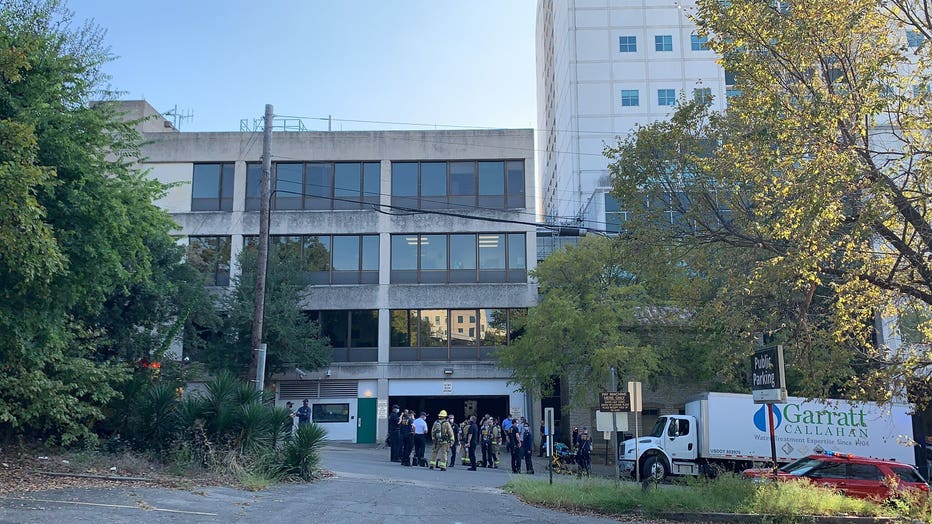 11th Street in downtown Austin is closed due to a chlorine gas release near the Criminal Justice Center. (Austin Fire Department)

According to AFD, workers were transporting chlorine for the AC system and transferring the gas between two drums when a pump failed, spilling some of it.

The Criminal Justice Center has been evacuated and 11th Street is closed between Guadalupe and Nueces streets. Residents are asked to avoid the area if possible.

EMS made contact with one worker, but decided they were not a patient, says AFD. EMS transported an adult to Dell Seton Medical Center with non-life-threatening complaints and no additional patients have been identified.