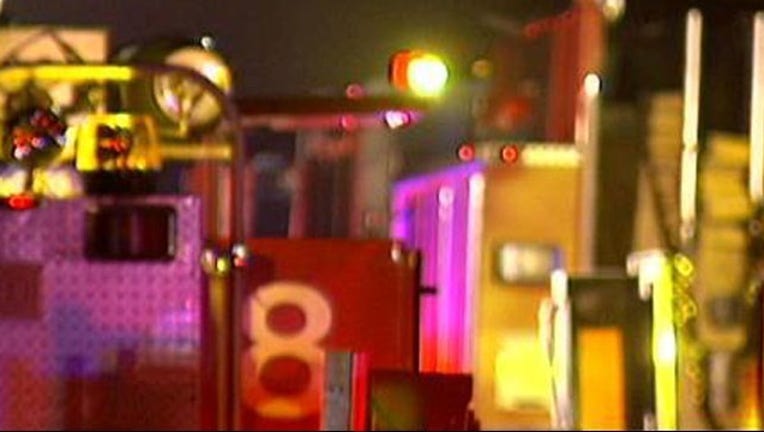 AUSTIN, Texas - People living in 12 units are displaced after fire began shooting out of the roof of the apartment complex where they live. The blaze started around 9 p.m. Friday night at the Juniper Springs Apartments on Greystone Drive.

When firefighters arrived flames could be seen shooting out of the roof according to officials. Firefighters say the fire started was raging so the entire building was evacuated in addition to an adjacent building. Luckily the flames were contained to the unit of origin and no one was hurt.