In 1976, Peter C. Byrne, a leading authority on Bigfoot research, found the only known physical evidence of the notorious Sasquatch somewhere in the Pacific Northwest. He sent that evidence to be analyzed by the FBI and after four decades, the agency responded.

OKLAHOMA CITY - A $2.1 million dollar bounty has been offered in Oklahoma for anyone able to safely capture the mythical, ape-like creature known as Bigfoot.

In January, Rep. Justin Humphrey introduced House Bill 1648 which, if passed, would require the Oklahoma Wildlife Conservation Commission to establish rules for a hunting season for the mythical creature purported to inhabit the forests of North America.

Under the legislation, the commission would be required to set annual season dates and create necessary hunting licenses and fees.

The legislation eventually died in committee, according to local reports.

The legislation was intended to promote tourism in Humphrey’s heavily wooded district in southeast Oklahoma. The area reportedly boasts the ninth most Bigfoot sightings in the world.

The district includes the heavily forested Ouachita Mountains in southeast Oklahoma, where a Bigfoot festival is held each year near the Arkansas border. Humphrey says issuing a state hunting license and tag could help boost tourism.

Humphrey told local news media outlet Enid News & Eagle that the No. 1 rule for anyone on the hunt for the mysterious creature is that it must be captured unharmed and alive.

The original bounty was set at $25,000 when Humphrey first introduced the legislation.

Humphrey added that he’d like to see "Road sponsored by Bigfoot" signs installed in the community as well as some sasquatch tracks in public areas. 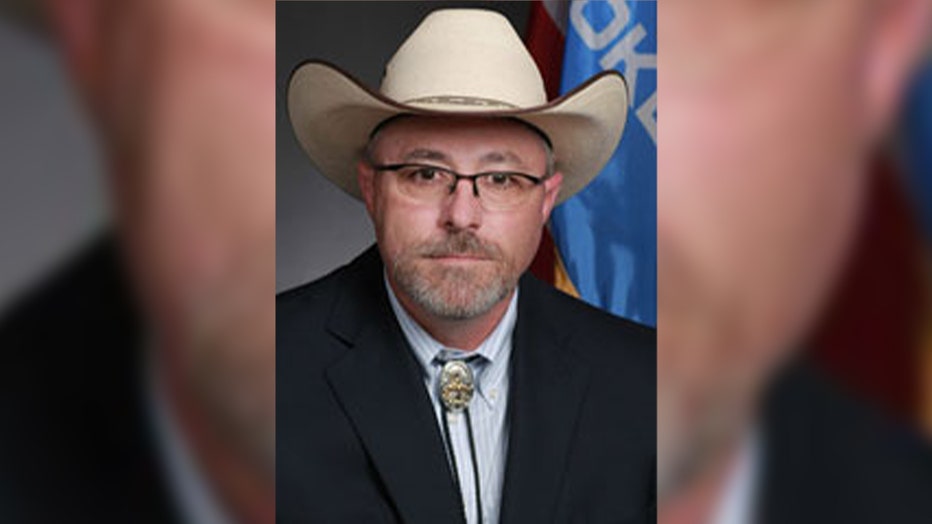 "We’re having fun with it," he said. "It’s a lot of fun. I’m enjoying it. But at the same time, I know a lot of people thought I was crazy. But, I think if people chill out, (they could) see that this could be a serious deal bringing in a lot of money, a lot of tourism."

The state’s tourism department has not immediately responded for comment.

Humphrey isn’t the first government official to take the prospect of the sasquatch seriously. In 2019, once-classified documents from the FBI regarding an investigation of physical evidence of Bigfoot were released.

In 1976, Peter C. Byrne, a leading authority on Bigfoot research, found the only known physical evidence of the notorious sasquatch somewhere in the Pacific Northwest. He sent that evidence to be analyzed by the FBI and after four decades, the agency responded.

In a letter to the bureau, Byrne requested the agency "arrange for a comparative analysis of some hairs that we have here which we are unable to identify."

"Will you kindly, to set the record straight, once and for all, inform us if the FBI has examined hair which might be that of a Bigfoot," an August 1976 letter from Byrne reads.

Jay Cochran Jr., then-assistant director of the FBI’s scientific technical services division, wrote back, "Occasionally, on a case-by-case basis, in the interest of research and scientific inquiry, we make exceptions to this general policy." The letter, dated Dec. 15, 1976, was addressed to Byrne.

The final report never got back to Byrne, until 2019. Four decades later, it seems the FBI actually took his request seriously.

Like many Bigfoot inquiries, 43 years of waiting and investigation would eventually be met with disappointment. The FBI report concluded that the hairs were "of deer family origin."