While Democrats have a strong chance of holding onto the House, Republicans still hope to pick up a handful of seats.

WASHINGTON - A Democratic majority leads the U.S. House 232 to 197, and many experts and political scientists are confident that Democrats will retain the majority in the 2020 election.

In fact, polling analysis by FiveThirtyEight’s forecast model gives Democrats a 95 in 100 shot of keeping the House, which is better than Joe Biden’s 88 in 100 chance of winning the presidency and the Democrats’ 74 in 100 chance of capturing the Senate.

“Democrats have a 72 percent chance of winning a federal government trifecta: that is, control of the presidency, Senate and House,” according to FiveThirtyEight.

While Democrats have a strong chance of holding onto the House, Republicans still hope to pick up a handful of seats, and there are several tightly contested House races in which relatively few votes could tip the balance.

RELATED: Here are the Senate races to watch in the 2020 election

One of the most vulnerable House seats is Minnesota Democratic Rep. Collin Peterson, an incumbent seeking reelection in 2020.

FiveThirtyEight’s House forecast only gives him a 1 in 4 shot of winning Minnesota’s 7th Congressional District against Republican Michelle Fischbach, Minnesota’s first female Senate president. Peterson is considered a more conservative Democrat, voting against impeaching President Donald Trump in 2017. In a statement, he called the impeachment process a “mistake.”

The rural farming district is growing increasingly red, and the Democratic-Farmer-Labor Party only needs two seats to win the majority.

While Cox is in a Democratic-leaning state, he faced criticism early this year over owing nearly $145,000 in unpaid federal income taxes. In September, a poll by American Viewpoint showed Cox trailing Valadao by 11 points — 38% to 49%.

This seat is a pickup opportunity for Republicans. Kendra Horn defeated Republican Steve Russell in his second bid for re-election, the first time a Democrat had won the seat in 44 years. Horn only won by 1 point, making 2020’s election a close race. 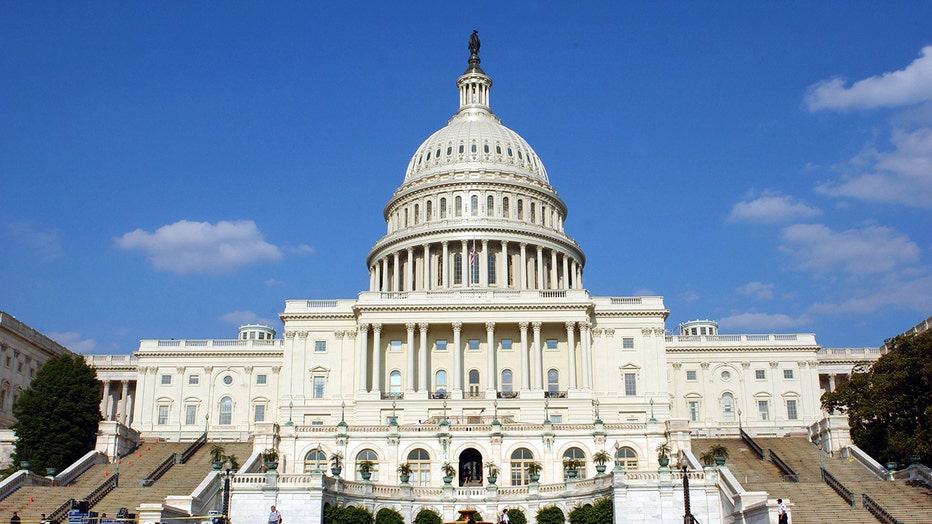 The U.S. Capitol is shown June 5, 2003 in Washington, DC. Both houses of the U.S. Congress, the U.S. Senate and the U.S. House of Representatives meet in the Capitol.

This time, she will take on Stephanie Bice — a Republican state senator. An Oct. 26 poll by Amber Integrated showed Horn trailing Bice by five points.

It’s another rematch in New Mexico’s 2nd Congressional District, as Xochitl Torres Small runs against former state Rep. Yvette Herell, who she defeated by an extremely narrow margin of less than 4,000 votes.

The district traditionally leans Republican, and Trump won the district by 10 points in 2016 over Hillary Clinton.

“Torres Small is raising millions of dollars and talking about how she’s worked with the president,” the Washington Post reported.

This rematch is between Democrat incumbent Anthony Brindisi and former Rep. Claudia Tenney.

The battleground 22nd Congressional District in central New York voted heavily for Trump in 2016, so Republicans hope to flip the district back to red.

According to the Associated Press, “Tenney said she is relishing another potential match up with Brindisi in a district that Trump carried by a wide margin in 2016.” According to the Washington Post, “Republicans say she’s running a better campaign this time around, and they think the conservative lean of this district signals good things for them.”

In the battleground state of Florida, Democrat Debbie Mucarsel-Powell will face Carlos Gimenez, the Republican mayor of Miami-Dade County.

According to The Tampa Bay Times, Gimenez’s moderate profile and high name identification make him a strong GOP candidate. Mucarsel-Powell defeated Republican Carlos Curbelo in 2018 by a drastically narrow margin, winning just 51% of the vote. In a July poll, Gimenez was leading Mucarsel-Powell by five points.

Jeff Van Drew won his seat as Democrat in 2018, but switched parties in December 2019 in his opposition to impeaching Trump.

In a surprising upset, Mike Garcia won his seat in a special election in May after the resignation of Democratic Rep. Katie Hill, who stepped down after admitting to an affair with a campaign worker. The House opened an ethics probe into an allegation that she was involved with a member of her congressional staff, which Hill denied.

Democratic frontrunner Christy Smith, assemblywoman for the 38th District, lost the special election by nine points. Smith will face Garcia in a rematch this November.

This will be a rematch between Don Bacon and Democratic challenger Kara Eastman, who Bacon defeated by a small margin in 2018.

According to recent polls, the district has been leaning in favor of Joe Biden for president, providing Democrats hope that Eastman will regain the seat.

But earlier this month, Former Rep. Brad Ashford, D-Neb., said in a statement to The Omaha World-Herald that he is backing Bacon over Eastman in Nebraska’s Omaha-based 2nd District, according to Lincoln Journal Star. “It was my intention to remain neutral in this congressional race,” Ashford said. “However, more than ever we need unifiers, not dividers in Congress.

Good will now face Democrat Cameron Webb, a physician who served as a White House Fellow under both President Obama and Trump.

Texas is becoming increasingly known as a swing state ahead of the 2020 election — as Democrats did surprisingly well in the 2019 election. There are currently four open seats that Democrats are trying to flip.

House District 138 in Houston is one of Democrats' best pickup opportunities.

“The Democratic candidate, Akilah Bacy, outraised her GOP opponent, Lacey Hull, by more than 3 to 1, spent more than twice as much as her and had over four times as much in reserves,” the Texas Tribune wrote.

Another hotly contested open seat is in House District 92 in Tarrant County, where Republican Jeff Cason will face off with opponent Jeff Whitfield.