COLUMBUS, Ohio - A group of leading cybersecurity experts told an Ohio court that absentee ballot applications can be safely transmitted using email, countering the secretary of state's assertions that the practice would open up voting in the presidential battleground to outside interference.

In a filing late Monday, eight experts in computer information and engineering from the Massachusetts Institute of Technology, Georgetown, Princeton and other universities joined the American Civil Liberties Union and the Brennan Center for Justice in asking a state appellate court to allow the ballot applications to be accepted by electronic means.

"Election officials can easily facilitate electronic submission of applications at little cost while minimizing associated security risks,” their filing said. “Ideally this should be done by a secure online portal, but it is also feasible to do so using email.”

That argument contrasts with the position expressed by Republican Secretary of State Frank LaRose, who said a judge's Sept. 11 ruling "rolls out the red carpet to Russian hackers — painting a giant bullseye on the back of our election system and upending the significant progress Ohio has made on elections cybersecurity.” 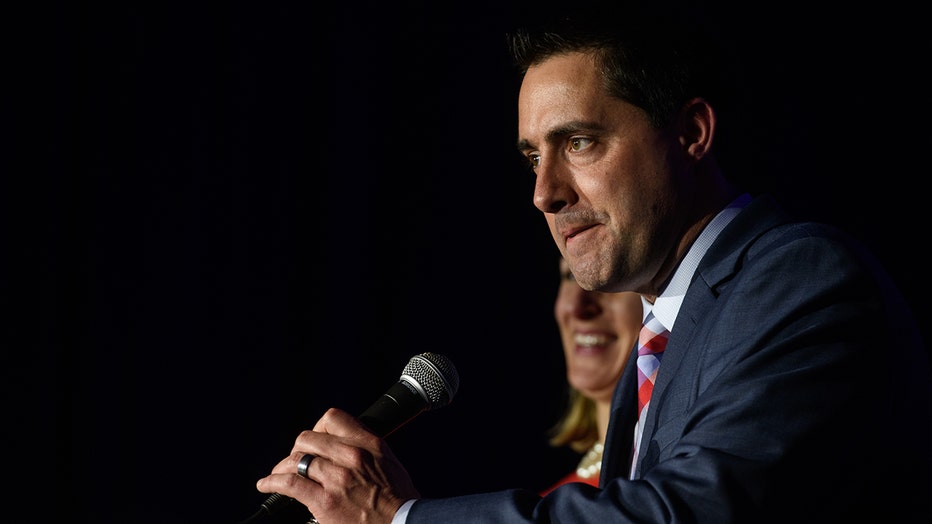 RELATED: Mail-in and absentee ballots: How to ensure yours is properly filled out and doesn’t get rejected

LaRose's order remains in effect, on orders of the 10th District Court of Appeals, while the state makes its case. Oral arguments are set for Thursday.

In its brief, the Ohio Democratic Party argues that LaRose and the state are making efforts to “overcomplicate the issues” in what is a clear question of law.

“The statute contains no language prohibiting the submission of absentee ballot requests in this manner or even specifying a manner for delivery" to the county election board, its attorneys argued.

The secretary has said he is confident the higher court will correct McIntosh's decision, which he said “injects chaos into what was already a challenging election for our county boards of elections.”

Despite strong lobbying by LaRose, Ohio still lacks an online ballot request system, opting instead to mail paper absentee ballot applications to every registered voter. As of now, county election boards are accepting completed applications only by mail or in person.

The state deadline to submit an application is noon on Oct. 31. However, LaRose and the U.S. Postal Service have encouraged voters to act by no later than Oct. 27 to assure their ballot can be filled out and returned in time for the Nov. 3 general election.

As of Sept. 18, Ohio's 88 county boards of elections had received 1,784,004 absentee ballot applications, LaRose reported Tuesday. That's more than twice the 805,844 requests that had been submitted by the same date in 2016.