Wilmington, Del. - Joe Biden just won the presidency. That may turn out to be the easy part.

Now, he has to build a government while contending with a Senate that could stay in GOP hands, a House sure to feature fewer Democratic allies and a public that includes more than 70 million people who would prefer that President Donald Trump keep the job.

There also is the looming question of whether Trump, who has claimed the election was being stolen from him, will cooperate. Traditionally, the transition process relies on the outgoing administration working closely with the incoming one, even if they are from different parties.

A senator for decades and vice president for eight years, Biden has a deep personal understanding of the workings of government, and he’s surrounded by a small group of top advisers with equally vast institutional knowledge.

“The Biden team is the most experienced, most prepared, most focused transition team ever, commensurate with the challenges that Biden will face” Jan. 20, said David Marchick, director of the Center for Presidential Transition at the nonpartisan Partnership for Public Service. The center advises presidential candidates on the transition. 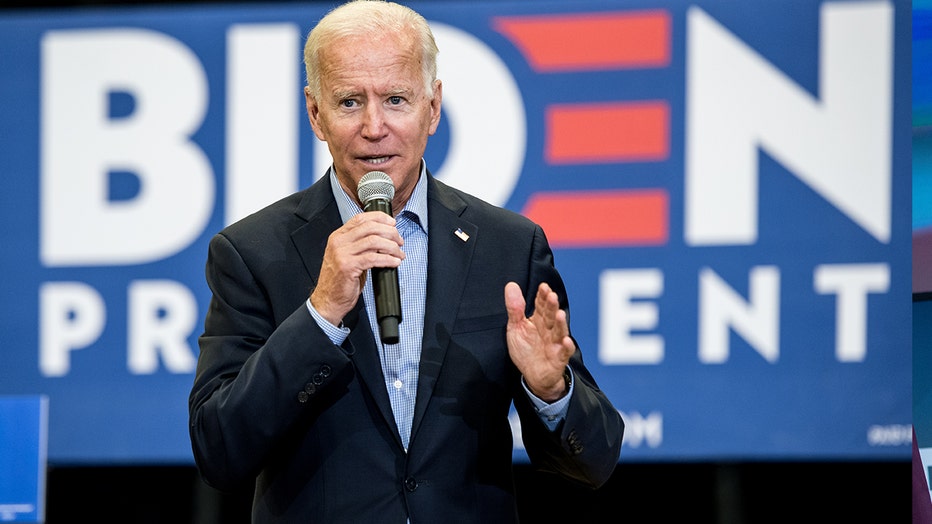 Their top priority in the 10 weeks before Inauguration Day on Jan. 20 will be building a staff and assembling the pieces needed to tackle the coronavirus pandemic.

Biden said he would unveil a group of scientists and experts on Monday to help him craft a plan to tackle the pandemic. Biden said that “our work begins with getting COVID under control,” adding that Americans “cannot repair the economy, restore our economy or relish life’s most precious moments” without doing so.

Biden is likely to move quickly in announcing Cabinet picks and top aides central to his pandemic response, including leaders of the departments of the Treasury and Health and Human Services, and a National Economic Council director. That’s according to people involved in transition planning who spoke on condition of anonymity to discuss private conversations. Biden’s campaign declined to comment.

A key member of Biden’s inner circle who is thought to be a frontrunner for chief of staff is Ron Klain, President Barack Obama’s Ebola response “czar” during the outbreak of that disease in the U.S. in 2014.

Ted Kaufman, who briefly was appointed senator after Biden became vice president in 2008, is directing the transition. He’s working closely with Jeff Zients, who held various Obama administration roles, including acting director of the Office of Management and Budget; Yohannes Abraham, who was an Obama senior adviser to the National Economic Council; and former Obama White House Communications Director Jen Psaki.

Zients may also be in the mix for a top appointment in the administration, perhaps even as chief of staff, according to a former senior Obama-Biden administration official who spoke on condition of anonymity to discuss internal deliberations.

Those close to the process recall when Obama took office in 2009 and faced tremendous pressure to engineer a speedy turnaround amid the global financial crisis, the collapse of the housing and auto industries, and turbulent financial markets.

Outgoing President George W. Bush worked for more than a year to prepare federal agencies for a transition and personally promised to help the process go smoothly. How Trump handles the transition is an open question.

Advisers say Biden will assemble one of the most diverse Cabinets in history — but those choices won’t come without pressure. South Carolina Rep. Jim Clyburn, the third-ranking House leader whose coveted endorsement helped resurrect Biden’s flagging presidential bid early in the primary season, has already said he’d like to see the Cabinet include one of Biden’s best known African American advisers, Louisiana Rep. Cedric Richmond.

Transition work began months before Election Day and intensified in the three-plus days it took to declare a winner. Biden will have to name 4,000-plus political appointees, including more than 1,200 requiring Senate confirmation.

The transition process formally starts once the General Service Administration determines the winner based on all available facts. That’s vague enough guidance that Trump could pressure the agency’s director to stall.

It’s also unclear whether the president would meet personally with Biden. Obama met with Trump less than a week after the election.

Regardless, Biden will have to grapple with how to fight a raging virus that has already killed more than 230,000 Americans and cost millions of jobs.

The pandemic also makes the business of assembling a government more difficult logistically. Though nearly all facets of Biden’s presidential campaign have been working remotely since March, his team will now have to adapt to a new, virtual workflow, including almost certainly interviewing top candidates via video conference.

Biden will need to define the role of his running mate, California Sen. Kamala Harris. As vice president himself, Biden handled discrete portfolios for Obama, including the economic recovery after 2008's financial crash, the federal response to the outbreak of swine flu the following year, and a gun-control push after the Sandy Hook school shooting in 2012.

There will be political headwinds. Control of the Senate may hinge on two Jan. 5 runoff elections in Georgia, which could mean campaign visits there by both Biden and Harris. Whatever the result, the Senate will be sharply divided, making it extraordinarily difficult to move major legislation.

Biden promised to foster bipartisanship and to be a president for all Americans. That could open the door for some former Republican officeholders who endorsed Biden’s campaign to be tapped for key slots.

But it’s a balancing act. Too much bipartisan cooperation could draw the ire of leading progressives, who already are worried that Biden will scale back ambitious policy plans to combat climate change, overhaul the criminal justice system to fight systemic racism and expand access to health insurance.

Some on the Democratic Party’s left flank are pushing for two of Biden’s former presidential primary rivals to join his Cabinet: Massachusetts Sen. Elizabeth Warren as Treasury secretary and Sen. Bernie Sanders of Vermont at the Labor Department.

Biden’s team might not want to provoke what would likely be fierce Senate nomination battles, however, much less vacate two Senate seats when Democrats need every vote.

The new president also could employ the Vacancies Act to place his top choices in acting executive branch roles for up to 300 days without Senate approval, then play a kind of musical chairs where he moves people between positions, Hauser said.

“It is a significant power,” he said.

Before Biden can get that far, though, there are bigger questions about the overall tone of the transition.

Republican President Herbert Hoover so detested his successor, Democrat Franklin D. Roosevelt, that the U.S. government was hampered even as a recession deepened, unemployment rose and Adolf Hitler came to power in Germany. That helped prompt the 20th Amendment, ratified in 1933, which moved Inauguration Day from March to January.

As a result, the country had less transition time between presidents to endure, but it also left a shorter time frame to do all the work required to build out a government.