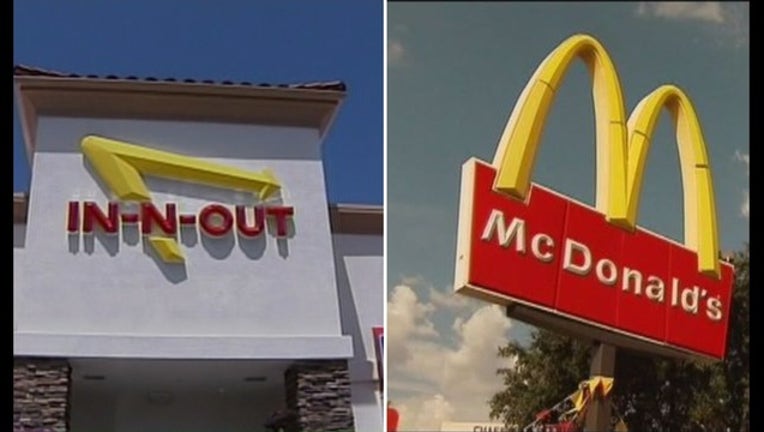 A new Chain Reaction report shows that 22 of the top 25 burger chains received an "F" in terms of their antibiotics practices with their beef supply. Shake Shack and BurgerFi were the only two restaurants to earn an "A."

In the fourth “Chain Reaction” report by CALPIRG, the burger chains were evaluated on their antibiotic use policies for beef sourcing, how well they implemented these policies and how transparent they were with their antibiotic use. Wendy's got a "D-" and just two restaurants – Shake Shack and BurgerFi – earned an “A.”

“We should all be worried that so many restaurants are failing when it comes to antibiotic stewardship,” said Laura Deehan, public health advocate with CALPIRG Education Fund, a consumer group that “stands up to powerful interests whenever they threaten our health and safety.”

Feeding farm animals antibiotics, whose meat will be consumed by humans, can diminish the effectiveness of these drugs in people and lead to antibiotic-resistant bacteria, which can cause life-threatening infections in humans. In other words, the growth of antibiotic resistance bacteria – which the Centers for Disease Control and Prevention says is among the top threats to global public health – could act as a segue to common infections becoming life-threatening on a large scale.

Each year more than 2 million Americans suffer antibiotic-resistance infections and at least 23,000 die, according to the World Health Organization.

In light of this daunting news, here’s the acceptable reason animals should be given antibiotics, as established by the U.S. food and Drug Administration: If they’re sick. This could mean directly to the sick animals or to prevent disease for animals at risk for becoming sick.

On the contrary, here’s unacceptable reasons that can lead to antibiotic-resistant bacteria: Increasing growth production or compensating for awful, unsanitary living conditions.

“Antibiotics should be used to treat disease, not as a crutch to compensate for poor production practices,” said Deehan. “If we continue to overuse antibiotics in the beef industry, we push ourselves closer to a world in which common infections can once again kill.”

American’s are absolutely going to eat beef supplied by these 25 chains, positioning the industry to make a substantial impact on the country’s health. For example, McDonald’s. It’s the largest purchaser of beef in the nation. And while encouraging consumption of this nutritionally-depleted food is hardly fruitful, it’s going to be eaten regardless – preferably antibiotic free.

The reach of restaurant chains is made evident by similar efforts aimed at the chicken industry. Previous editions of Chain Reaction reports documented the results following corporate actions and the result has pushed the chicken industry towards more responsible antibiotic practices. A 2018 consumer report surveyed 1,014 adults and found that nearly 60 percent of respondents would be willing to pay more for meat raised without antibiotics.

Both McDonald’s and In-N-Out have publicly declared their commitment to source meat raised without routine antibiotics. No date of implementation has been released, though. KTVU reached out to McDonald's for a comment related to their failing grade. The company said, in part:

"Preserving the effectiveness of antibiotics for future generations is highly important to McDonald's. In 2016, McDonald's fully implemented its pledge to no longer serve chicken treated with antibiotics important to human medicine in its US restaurants, which led to the 2018 implementation of an antibiotic use policy for broiler chicken in markets around the globe."

Officials with In-N-Out did not immediately return a request for comment.

Ultimately, there’s no “antibiotic free” label. It doesn’t exist. What it fully means is still unclear, too, according to the CDC. Yes, farmers must obey strict rules to ensure no antibiotics are in the animal’s system at the time of slaughter. However, all animals carry bacteria in their gut, so even “antibiotic free” meat may come from animals that have antibiotic-resistance bacteria in their gut, consequently ending up in your burger and increasing your chance for infection.