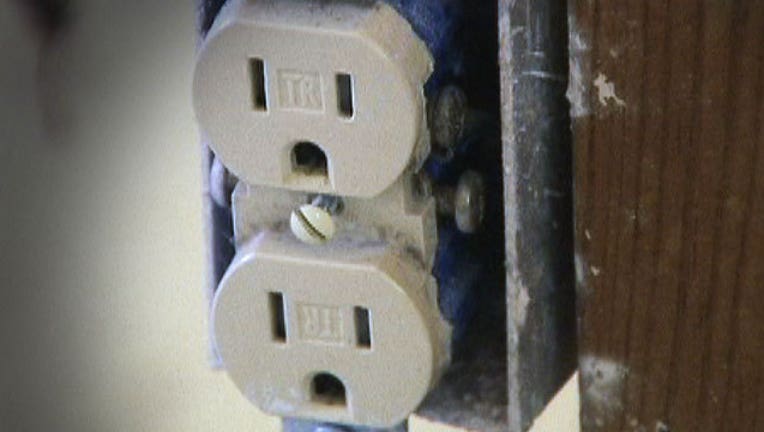 There are 29 properties on the City's Repeat Offender Program. They have all received numerous health and safety complaints within 24 consecutive months. The main concern is how those complaints are being addressed. Although Austin's rental market is booming there are many deteriorating properties. Conditions range from collapsing balconies, to deficient stairwells, to dangerous electrical systems.

That's why the repeat offender program was adopted in October 2013. But a report released Monday by a University of Texas law clinic shows there are major flaws with the program, which include limited oversight and no meaningful penalties from the city.

"I think there are many things in the report that we might end up agreeing with in terms of some of the recommendations that they made," says Birkner.

According to the findings, the average time it takes for a  landlord to address a code violation at a repeat offender property is 159 days. Austin Code Department says that's not the case.

"Our statistics on how long it takes us to get out there, that we look at, are just a little bit different then what they quoted in the report," says Birkner.

The report was done for the North Austin Civic Association. They were frustrated with the limited enforcement of violations. In May, a four-year-old boy died after being electrocuted from touching an exposed wire on an outdoor air conditioning unit at High Point Village Apartments in Southeast Austin.

"We take that rather seriously. Again, I'd have to say that we're going to have to get into specifics of it. We need to see the difference of what our data says and their data shows.  Certainly if there's something we can do better, we're going to do better," says Birkner.

Birkner says one problem is that they are understaffed, four inspection officers to work the program. Monday they were proactive, issuing a warning citation to Forest Hills Apartments. Eight buildings there have been without electricity since Sunday, leaving residents with no air-conditioning.

"It started feeling really hot. Then during the night, since there's no air conditioning, it's really hot and it's troublesome to go to sleep with the heat," says Maria Chavarria, resident.

The complex has been given 24 hours to get the electricity back on. Here are some of the recommendations made by the University of Texas Law Clinic:

Austin Code Department says they plan to sit down with the law clinic to discuss the concerns and consider the recommendations.