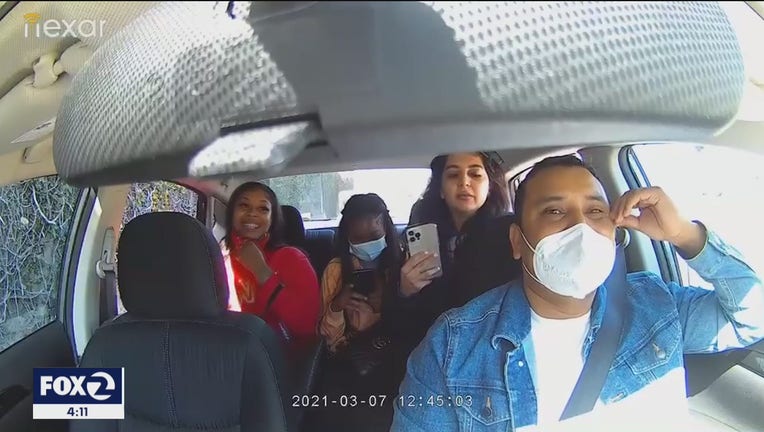 Arna Kimia had been identified as a 24-year-old suspect connected to a video showing an apparent attack on an Uber driver who'd demanded the passengers wear masks.

Kimai was booked with an arrest warrant for charges of robbery, assault and battery, conspiracy and violation of  a health and safety code.

"I have been eagerly waiting for this moment," driver Subhakar Khadka said in a statement to KTVU about Kimai's arrest. "I have faith in our system that helped me to remain optimistic that justice will be served. All the working-class people throughout the world are watching the events unfold. We are setting an example here that nobody is above the law."

"Ms. Kimiai acted appropriately and responsibly when she found out she had a warrant for her arrest, coordinating her peaceful surrender through her legal counsel and the San Francisco Police Department." her attorneys said to KTVU.

The March 7 altercation has been widely seen in the video replayed on news reports and on social media.

It shows a woman, one of three in the backseat, coughing on Khadka and snatching his phone and mask. After the women exited the car, one doused the car with what is believed to be pepper spray, police said.

Another woman wanted from the incident, Malaysia King, had already been arrested in Las Vegas.

Correction: An earlier version of this article misstated information about Malaysia King's arrest.