No injuries have been reported following a large house fire in South Philadelphia.

The blaze broke out on the 1600 block of South 5th Street shortly after 5 p.m. and was placed under control about an hour later. Firefighters continue to put out hot spots. 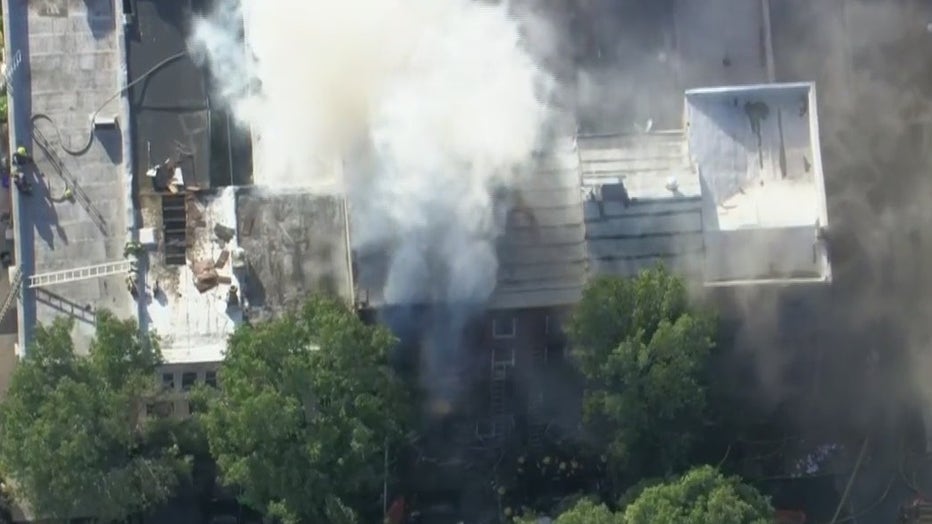 SKYFOX flew over the scene Monday.

SKYFOX flew over the scene that showed heavy fire and smoke from the 3-story building.

The Red Cross is helping 10 people from four homes that were damaged by the fire.

The cause of the fire remains unknown.