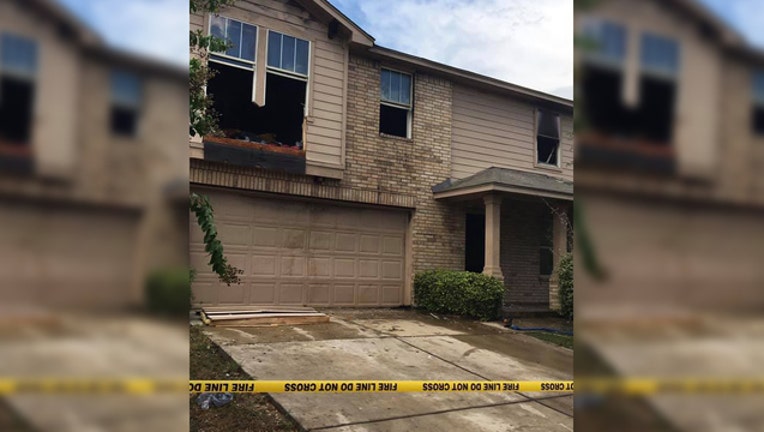 (Courtesy of the Manor Police Department)

Exodus Tiah, 22, was arrested on scene for felony arson.

The Manor Police Department says police and fire were called out to the house in the 13200 block of High Sierra Street in the Carriage Hills neighborhood for a house fire.

No other occupants or animals were injured at the home, but three firefighters were injured by falling debris. The injuries are minor and all are expected to recover.

Manor police says Tiah lives at the home and all other family members were not home when the fire started.