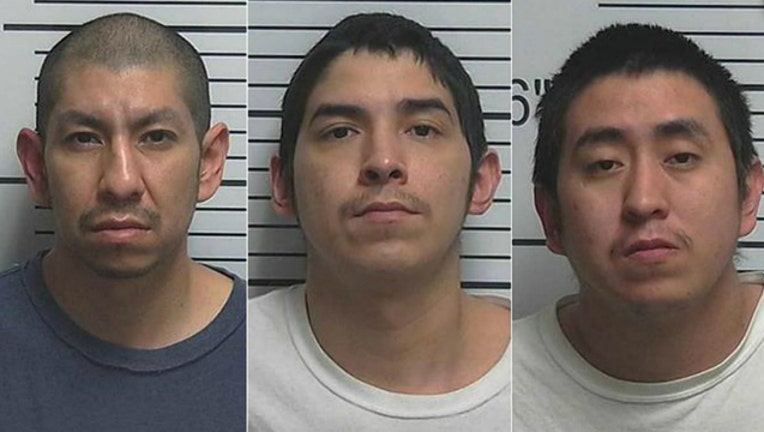 SALT LAKE CITY (AP) - Three men accused of raping a 9-year-old Utah girl while her mother was smoking methamphetamine in a garage were found not guilty Wednesday after their lawyers argued they couldn't be convicted without physical evidence.

Prosecutors said the girl's clear, harrowing testimony that the three grabbed and assaulted her after a 2016 Easter-egg hunt in rural Utah should be enough to convict them. Uintah County attorney Mark Thomas pointed to testimony that helped convict comedian Bill Cosby in his sexual-assault case.

But the defense argued that without any blood, hair or serious injuries, the jury couldn't be convinced beyond a reasonable doubt. Attorneys said the child, now 11, was copying a story fabricated by her paranoid mother, who was angry at a former boyfriend who was a defendant.

"If everything that she was saying was true, there should be some kind of physical evidence or injury to her," said defense attorney Bryan Sidwell.

The jury of five men and three women deliberated for about three hours before reaching the verdict.

Defendants Larson RonDeau, 38, Randall Flatlip, 28 and Jerry Flatlip, 31, were held in custody to face additional charges, though some may be thrown out after the acquittal on rape and sodomy counts.

The case provoked outrage in the town of Vernal, about 170 miles (274 kilometers) east of Salt Lake City.

The girl testified that she went with her mother, who wanted to visit a friend from jail, to the house where the three men were staying in 2016.

She said the three men brought her to a back bedroom and assaulted her after she fell asleep on a couch, and returned her there after it was over. When her mother got back from the garage, she found the girl upset with her Easter dress askew. She insisted on going home.

She didn't initially tell her mother about the assault because the men threatened to kill her, prosecutors said. The mother called police when she confided in her about two days later.

Thomas said Wednesday that prosecutors went to court with the best evidence available.

"We present cases to the jury that we believe that we have sufficient evidence. Then it's up to the jury," he said.

"There was a case against Bill Cosby where there was no physical evidence and the jury there found (him guilty) solely on the testimony of somebody who was there," Thomas said. "Obviously we still believe that a person's testimony can be weighed and considered by the jury."

The Associated Press generally does not identity people who say they were victims of sexual assault, and is not naming the mother to avoid identifying the girl.

The mother subsequently pleaded guilty to a misdemeanor child abuse charge and was sentenced to jail and drug treatment.

The girl is now in the care of her Native American tribe, authorities have said.

Charges were initially filed against a fourth man but dropped when the mother could not be found to testify at a 2016 evidence hearing.

The defendants remained calm throughout much of the five-day trial, but Jerry Flatlip seemed to become emotional as defense attorneys implored the jury to acquit the men.

"He said, 'This is the first time in two years that somebody's actually stood up and told my side of the story to someone,'" his lawyer, Sidwell, said.