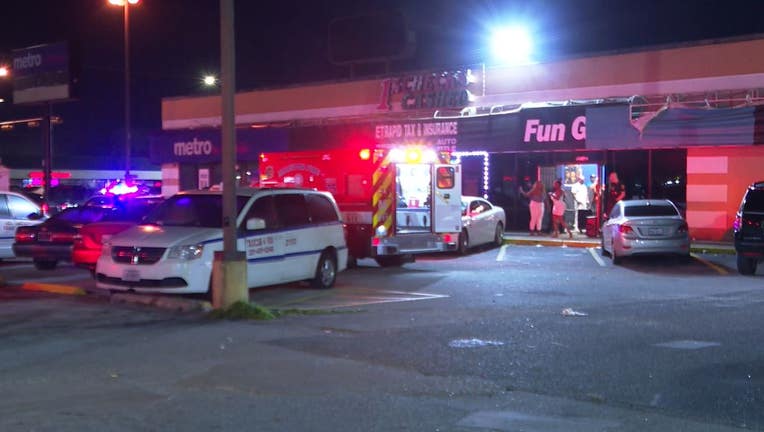 HOUSTON - Three nurses visiting from out of state jumped into action overnight Sunday following a shooting at a hookah lounge in southwest Houston.

Police were called out to a shooting at Big J Bar and Hookah next to Ashfordbrook Shopping Center on Bissonnet around 3:30 a.m.

Responding officers say they found a man with a gunshot wound in his stomach. Three nurses on vacation from New York City were reportedly inside the hookah lounge performing lifesaving measures on the unidentified victim until officials arrived.

It's unclear what led up to the shooting, but police are gathering evidence on suspect information, as the building was packed at the time of the incident.