Four children were removed from a Parker County home on Thursday in what the sheriff calls one of the worst cases of child neglect and abuse he's ever seen.

WEATHERFORD, Texas - Four children were removed from a Parker County home on Thursday in what the sheriff calls one of the worst cases of child neglect and abuse he's ever seen.

Parker County Sheriff Larry Fowler said the case began in September when a report resulted in the removal of four children who had been living in a mobile home trailer in a rural area near Weatherford. 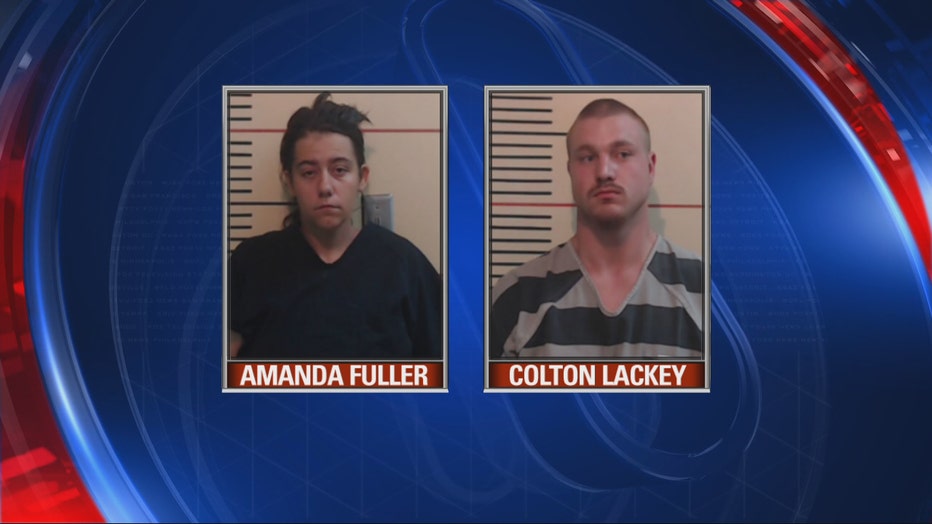 The children’s mother, 34-year-old Amanda Fuller, and their stepfather, 20-year-old Colton Lackey, lived in a separate camper trailer nearby.

“The conditions of the homes were nothing short of disgraceful,” said Sheriff Fowler. “Without seeing it, you would not believe how truly bad it was.”

The four children were between 6 and 15 years old. They were taken into CPS custody.

While in foster care, one of the children accused Lackey of sexual abuse and child pornography. Another child reported that their mother knew but didn't tell police.

Fuller and Lackey were arrested on Thursday. They both tested positive for meth use.

Deputies conducted a search warrant on their property and seized numerous malnourished animals.

Lackey is charged with indecency with a child by sexual contact, a traffic warrant and failure to appear. Fuller was charged with possession of a controlled substance. Their bonds have not been set.

Crime Scene Technician Heather Huffman described the four-hour search of the Parker County trailer where the children had been living in.

“Just imagine instead of throwing trash in a trash can and taking it out, just throwing it on the floor and letting it pile up,” she described. “I don’t know how the children were bathing. I don’t know where they were sleeping.”

As a mother of two, Huffman says she’s heartbroken and hopes that somehow the children can soon find stability.

“These children will no longer have to live under the abusive, neglectful and awful conditions any longer,” the sheriff said. “They are now on the road to recovery.”