PANAMA CITY - A Dutch cruise liner announced the death of four of its passengers Friday who apparently contracted COVID-19 aboard the ship.

In a blog post released by Holland America Line,  the company confirmed the death of “four older guests” on the ship, called the Zaandam.

According to the cruise line, “a number of patients with respiratory symptoms were tested for COVID-19 and two individuals tested positive,” and on March 22, after several passengers reported “influenza-like” symptoms, the company said it took “immediate protective measures” including asking everyone to self-isolate in their rooms.

The ship, which is carrying 1,243 passengers and 586 crew members, is currently off the coast of Panama where it rendezvoused with its sister ship the Rotterdam on Thursday. Healthy passengers will be transferred to the Rotterdam, according to Holland America Line. 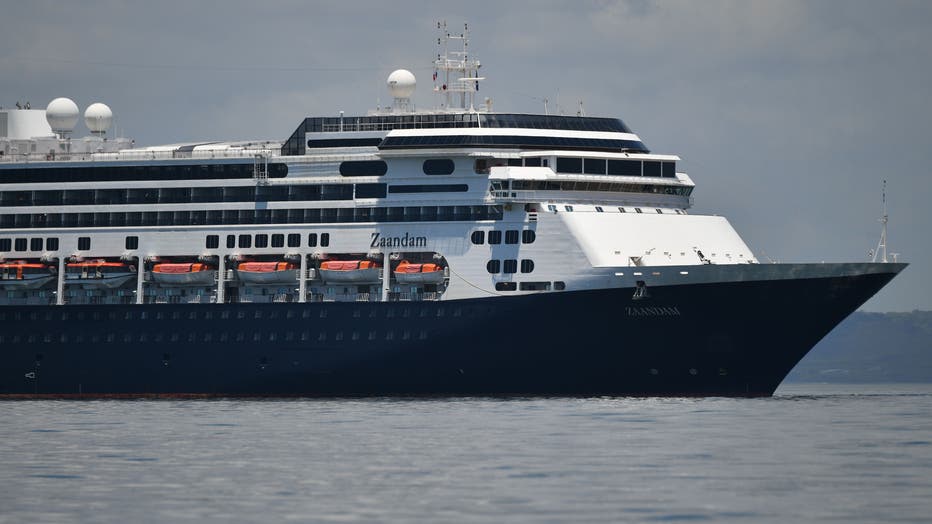 The Zaandam cruise ship enters the Panama City Bay to be assisted by the Rotterdam cruise ship with supplies, personnel and COVID-19 testing devices, at 8 milles from Panama City, on March 27, 2020. (Photo by LUIS ACOSTA/AFP via Getty Images)

Passengers over 70 have been given transfer priority, and anyone who is ill will remain on board the Zaandam, where there are currently four doctors and four nurses.

The Rotterdam departed Puerto Vallarta, Mexico on March 22, and rendezvoused with the Zaandam carrying a crew of 611 and no guests.

The company said both ships are awaiting approval from Panamanian authorities for access through the Panama Canal as they head for Fort Lauderdale, Florida.

The Zaandam originally set sail on a South America tour, departing Buenos Aires on March 7, and was scheduled to make berth in San Antonio, Chile, on March 21.

But due to the ongoing COVID-19 pandemic, Holland America Line announced the suspension of its global cruise operations the same day the Zaandam was supposed to end its journey.

According to the company, no one has left the Zaandam since March 14.