A 23-year-old was arrested for allegedly plowing through a carnival in South Los Angeles while fleeing from police.

LOS ANGELES - Six people were injured after a car drove through a carnival in South Los Angeles Saturday night, according to officials. The driver has since been arrested.

Reports of the crash came in around 8:20 p.m., according to the Los Angeles Fire Department. At least six people were injured after a car drove through the carnival near the intersection of Trinity Street and East Martin Luther King Jr. Boulevard. All the victims range in age between 30 and 50 years old, according to LAFD.

Images from SkyFOX show the carnival taped off and several pop-up tents destroyed, with multiple ambulances on the scene. Multiple people were seen being taken into those ambulances. Specific details about the victims' conditions were not available, however LAFD classified all six patients as having "non-life-threatening injuries."

Steven Weems, 23, was arrested Sunday, according to LAPD. Weems was trying to evade police officers after they tried to pull him over near East 36th and Trinity streets, LAPD said. 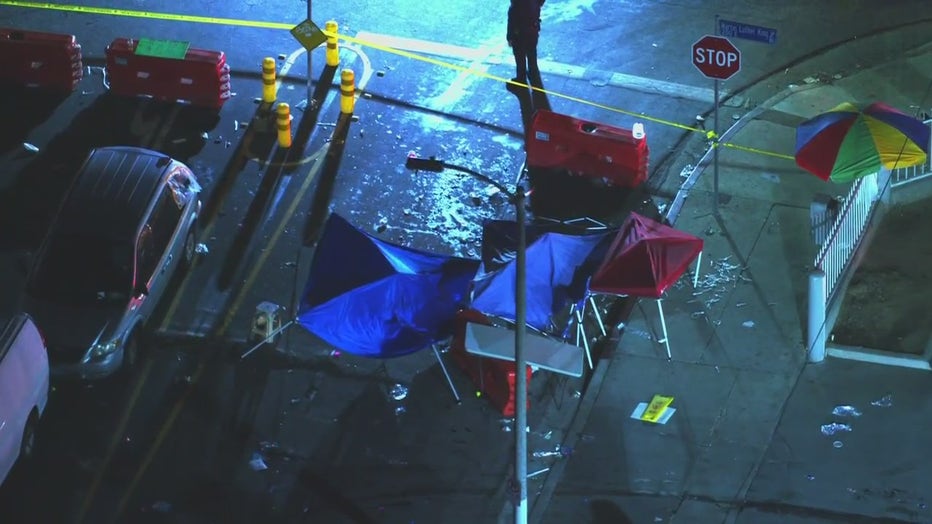 A destroyed pop-up tent at a South LA carnival, where a car drove through

Officers said they tried to get out of their car and approach Weems. That's when he took off, eventually plowing right through the carnival. He's facing felony hit-and-run charges.