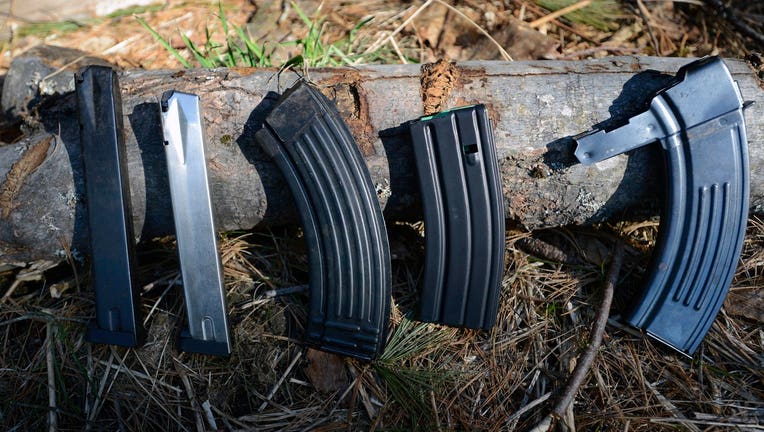 SACRAMENTO, Calif. - A federal appeals court said Thursday that it will reconsider a three-judge court’s split ruling last year throwing out California’s ban on high-capacity ammunition magazines, a decision with potential impact in other states.

An 11-member panel of the 9th U.S. Circuit Court of Appeals will rehear the case after two members of the three-judge appellate panel ruled in August that California’s ban on magazines holding more than 10 bullets violates the U.S. Constitution’s protection of the right to bear firearms.

The third member had said the ruling conflicts with decisions in six other federal appellate courts across the nation, and with a 2015 ruling by a different panel of the 9th Circuit itself.

Advocates on both sides said they are eager for a rematch — a reflection of the changing nature of the federal courts.

The once notoriously liberal 9th Circuit has shifted to the right with recent appointments by former President Donald Trump, and gun owner rights groups are anxious to get such laws before the more conservative U.S. Supreme Court. However, a majority of the nation’s high court in June declined to consider several challenges to federal and state gun control laws, including Massachusetts’ ban on large-capacity ammunition magazines.

"We’re excited to have another opportunity to defend what Californians already know – law-abiding citizens’ ability to purchase, possess, and use standard-capacity magazines in California is a fundamental civil right and shall not be infringed," said Chuck Michel, the California Rifle & Pistol Association’s president and general counsel.

State Attorney General Xavier Becerra, who is awaiting confirmation to join new President Joseph Biden’s Cabinet, called the rehearing decision "critical" and "the next step in the defense (of) our state’s commonsense gun laws."

"Large-capacity magazines have been used in many horrific mass shootings around the country, including right here in California," Becerra said in a statement.

The gun control group Brady, which advocates in Congress and the states, said it is "hopeful" the larger appeals panel will uphold the state’s ban.

"The Constitution, properly understood, should not entitle people to weapons of war, or prevent states from prohibiting military-style firearms or the large capacity magazines they use," said Jonathan Lowy, the group’s chief counsel.

The two-paragraph announcement from the appeals court vacated the three-judge decision. But a lower court’s ruling in 2017 still prohibits the state from enforcing a law that would have barred gun owners from possessing magazines holding more than 10 bullets, Michel said.

San Diego-based U.S. District Judge Roger Benitez and the three-judge appellate panel went further by declaring unconstitutional a state law that had prohibited buying or selling such magazines since 2000. That law had let those who had the magazines before then keep them, but barred new sales or imports.