A Little Elm man is back at home after undergoing major spine surgery.

LITTLE ELM, Texas - A Little Elm man is back at home after undergoing major spine surgery.

Julio Molina found out he had a tumor by chance. He says he was hesitant about getting surgery in the midst of a pandemic but is glad he did.

Over the course of one week, Molina got into a car accident, was diagnosed with a tumor and found out he was going to be a father.

Molina needed surgery but was worried about getting COVID-19. He says the staff at Texas Health Plano put his mind at ease.

“That car accident was really a blessing in disguise,” he said. “I really didn't know about the tumor.”

It may sound strange, but Molina says a bad car crash in April ended up saving his life. A CT scan done at the emergency room revealed the 27-year-old had a massive tumor growing on his spine.

“I just had some symptoms that I thought was a pinched nerve at the time,” he said.

“Wrapping itself around his spinal cord and arteries and pushing down all of the nerves that go down your hands,” Dr. Kalra said.

The tumor turned out to be benign.

Molina, who is expecting his first child with his long-time girlfriend, was relieved. But the pandemic made him anxious about going into the hospital for surgery.

“It really was something I was thinking about,” he said. “My girlfriend is pregnant. I really don't want to get COVID and bring it home.” 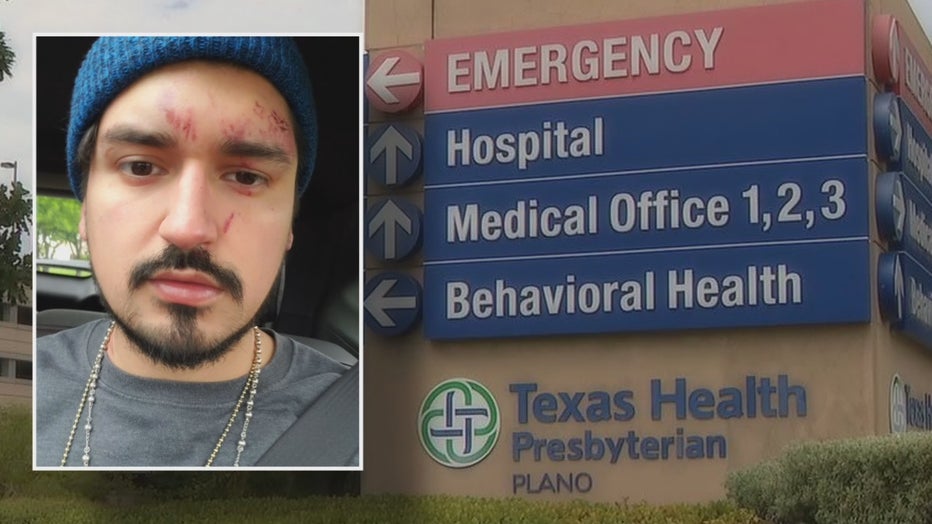 Molina said the hospital took safety precautions to put him as ease. He had to get a COVID test before surgery. Nurses came by his room to take his temperature every three to four hours. Only one guest, who had to be screened too, could visit him a day.

Molina is still recovering and going to physical therapy to help him with mobility. He’s urging folks to listen to their bodies.

“If you are having symptoms, don't be afraid of the hospital,” he said. “There were taking all the right precautions and I felt at ease there.”

Molina is back to work. He and his girlfriend are expecting a baby girl at the beginning of next year.