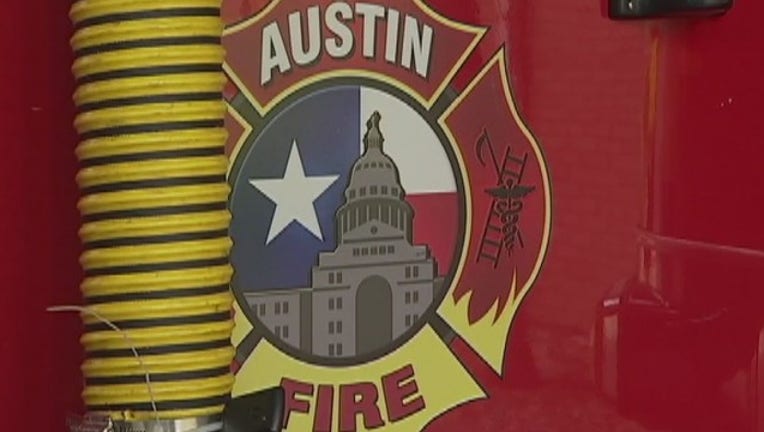 AUSTIN, Texas - A man has been charged with arson after fire officials say he set his car on fire back in April.

Emmanuel Gonnell, 42, was charged with arson, a second-degree felony, July 3 after Austin Fire Department investigators say he intentionally started a fire in his 2018 BMW M3 in a possible insurance fraud scheme, according to an arrest affidavit.

The Austin Fire Department responded to a vehicle fire in a parking lot at the intersection of 5th Street and Red River Street just after midnight April 6. Fire crews found smoke coming from the BMW parked in the lot. They forced the trunk open and extinguished the fire.

According to the affidavit, fire officials found several suspicious items in the trunk, including matches and paper stuffed inside the battery compartment so fire investigators were called to assist in determining the case. In addition to the paper and matches, fire investigators found a plastic water bottle filled with paint thinner and light bulbs hotwired to the battery and grounded to the frame.

The owner, identified as Gonnell, arrived on scene after he was called by the Austin Police Department and confirmed he had driven the car downtown to go to the entertainment district with friends, says the affidavit. He also told investigators that nothing out of the ordinary during the drive downtown or in the days before the fire.

The investigation revealed that Gonnell had approximately 28 insurance claims since 2004, three of which were vehicle fires involving high-end sports or luxury vehicles he owned or leased, according to the affidavit. Several of the fires occurred under similar circumstances as well.

Gonnell had purchased an insurance policy in March, around three weeks before the fire happened, says the affidavit, and was making monthly payments of $1699 on the car.

In a voluntary interview, Gonnell denied setting the fire when investigators informed him the fire was arson, and they believed he had set it. Gonnell claimed someone must have broken into his house to set the device, according to the affidavit, and had no answer when told someone who wanted to harm him could have done so when they broke into his house.

He also said it was possible his fingerprints or DNA would be present on the items as he recognized the water bottle as one of his, and he kept light bulbs and other items in his garage, says the affidavit.

Gonnell declined pursuing the claim with GEICO after he was informed the claim was being investigated, according to insurance investigators, and even though the damage was estimated to be in excess of $20,000, he said he would pay to have the car repaired.