Affidavit: Austin Water employee accused of raping woman in work truck while on the clock

Austin Water employee Corie Cornist, 31, is under arrest and was charged with sexual assault and robbery by assault.

AUSTIN, Texas - An Austin Water employee is accused of raping a woman in his city truck Friday, then dragging her with that truck while trying to steal her phone, all of it allegedly happening while he was on the clock.

Corie Cornist, 31, is under arrest and was charged with sexual assault and robbery by assault.

On Friday morning, he was supposed to be working in West Austin, instead, Austin police say his GPS showed him in Southeast Austin, where the rape happened.

It was just before 8:30 a.m. Friday that police were called to Cedargrove Drive in the Dove Springs neighborhood for a woman lying on the sidewalk bleeding. The victim told police she was raped by a man matching the description of Cornist, an Austin Water employee who had clocked in for work around 7 a.m.

According to the arrest affidavit, the victim says she was walking near the Walmart on East Ben White Boulevard when a large white truck pulled over and Cornist asked if she wanted a ride. When she got in his vehicle, she says he asked her for sex in exchange for money. The victim told police when she said no, Cornist got angry, then pulled over on Cedargrove Drive, about three miles away.

The victim says Cornist pulled her into the back of his truck and raped her, the arrest affidavit said. She pushed him off and was able to escape, but it didn’t end there.

Police say neighbors’ surveillance video shows the Austin Water truck driving by the victim as she is holding her phone, Cornist gets out and shoves her into a bush, grabbing her phone. When she reached into the truck to take it back, police say the video shows he closed the window on her arm and drove off dragging her, then running her over, the arrest affidavit said.

Cornist then returned to the Austin Water facility on Webberville Road.

In a bizarre twist, police say Cornist actually returned to the scene in his own personal car while detectives were still investigating. He approached officers, and police say he eventually admitted to being involved. However, Cornist claims he picked the woman up on nearby Pleasant Valley Road, and drove her to the Pastor Clarence Craig Park. He says she began acting strangely, so he tried to get her out of the truck, and does admit to dragging her. 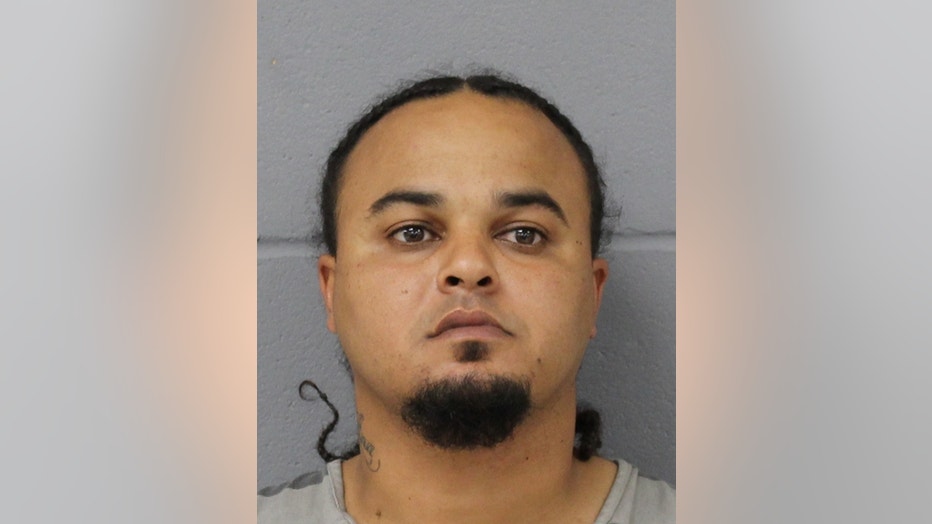 Corie Cornist, 31, is under arrest and was charged with sexual assault and robbery by assault.

"Austin Water is aware of the criminal investigation regarding Corie D. Cornist, who was taken into police custody on Friday. Mr. Cornist was placed on leave immediately. As a fair chance employer, the City will take the appropriate steps pending the outcome of the investigation," said Ginny Guerrero, Public Information Manager for Austin Water.

One neighbor, who didn’t want to be identified, says she’s now extra vigilant and glad her home is gated.

"So people come in your house and give you a service, and how do you know that they’re not going to do something to you. It’s scary. It’s like who can you trust now?" said the neighbor.

The victim was taken to the hospital. It’s unclear what her condition is.