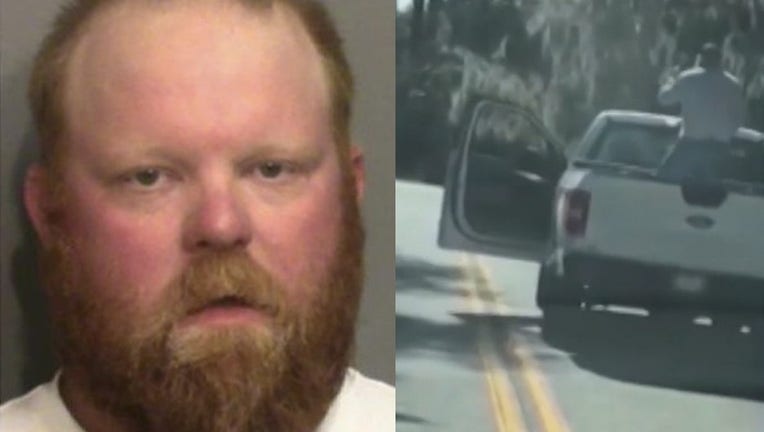 SAVANNAH, Ga.. - One of the men accused of chasing and murdering Ahmaud Arbery is fighting to ban certain photo evidence from his upcoming trial.

Travis McMichael and his attorneys have requested that the court ban a photo of his old Georgia flag-theme vanity license plate, which includes a Confederate emblem.

In response, the state asked the court to deny the motion, saying the plates were on the truck at the time of the incident when Arbery was shot and killed.

Earlier this month, a Georgia judge ruled that Arbery's mental health records could not be used as trial evidence by the defense, ruling that his medical privacy, even in death, trumped the rights of the men standing trial to a robust defense. And he concluded that a registered nurse’s "highly questionable diagnosis" that Arbery suffered from mental illness during his first and only visit to a mental health services provider in 2018 could unfairly prejudice a trial jury.

"There is no evidence that the victim was suffering from any mental health issue, or had otherwise decompensated, on February 23, 2020," the date Arbery was killed, the judge’s ruling said.

The three men facing state charges in the deadly shooting death of Ahmaud Arbery have now been charged with federal hate crime charges among other counts.

In September, the judge dealt another setback to the defendants when he ruled that evidence of Arbery’s past run-ins with law enforcement, including two arrests, was also off-limits.

Prosecutors say Arbery was merely jogging in February when father and son Gregory and Travis McMichael armed themselves and chased Arbery in a pickup truck in their neighborhood just outside the port city of Brunswick, about 70 miles south of Savannah.

A neighbor who joined the chase, William "Roddie" Bryan, took cellphone video that showed Travis McMichael fatally shooting Arbery as he threw punches and grabbed for McMichael’s shotgun. Arbery was unarmed when he was killed by three shotgun blasts at close range.

The McMichaels and Bryan were arrested and charged with murder after the video was leaked online more than two months later, on May 5. The Georgia Bureau of Investigation took over the case the next day and swiftly arrested all three men.

Defense attorneys argue the McMichaels and Bryan committed no crimes. They say the McMichaels suspected Arbery was a burglar after he was recorded by video cameras inside a home under construction. Travis McMichael’s lawyers say he shot Arbery in self-defense.

The attorneys hoped to cast doubt on prosecutors’ contention that Arbery was an innocent jogger and to bolster their argument that the white men reasonably suspected Arbery had committed a crime when they chased him.

Prosecutors argued that defense lawyers were seeking to put Arbery on trial by making his criminal record and mental health part of the case. None of the three defendants knew Arbery, or anything about his past, prior to the shooting.