In 1967, the crew of this tanker was awarded the MacKay Trophy for the most meritorious flight of the year after it refueled six U.S. Navy aircraft that were dangerously low on fuel. The flight included a brief tri-level refueling two of the Navy aircraft and additional refueling of two Air Force fighters. 154th Wing crew members flank members of the MacKay Trophy-winning flight after the arrival. (U.S. Air Force Photo by Ty Greenlees)

DAYTON, Ohio - They don’t have the sleek looks of a fighter jet, the dangerous payload of a bomber, or the eye-popping size of a heavy-lift cargo plane. But America’s fighters, bombers, and massive cargo carriers wouldn’t get too far without the Air Force’s fleet of tanker planes.

Now, a KC-135 has been added to the Air Force’s official museum, the first ‘Stratotanker’ to be so honored.

What is a KC-135 Stratotanker?

The KC-135 tankers essentially serve as flying gas stations. They are capable of refueling other aircraft in mid-air, significantly extending the reach of those planes and – by extension – the United State military. 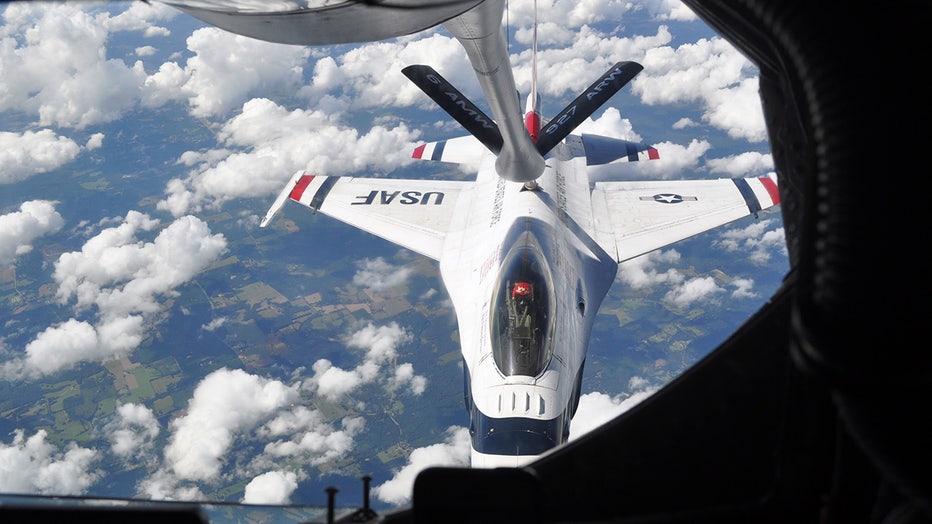 File: A KC-135 from MacDill Air Force Base in Tampa refuels the USAF Thunderbirds in 2014.

Boeing delivered the first KC-135 – based on the company’s 707 passenger plane – to the Air Force in 1957 and the grey four-engine planes have served as the USAF’s primary refueling aircraft ever since. Most of the fleet’s 732 planes have been in service for decades, though they have received significant upgrades through the years.

The KC-135s are slowing being phased out in favor of the more modern KC-46 Pegasus aircraft, which is based on Boeing’s 767 passenger jet.

Visitors to the National Museum of the United States Air Force in Dayton, Ohio can get a look at a retired Stratotanker up close. Aircraft 60-0329 has been in service for more than 60 years and had been assigned to the Hawaii Air National Guard from 1993 until 2022. 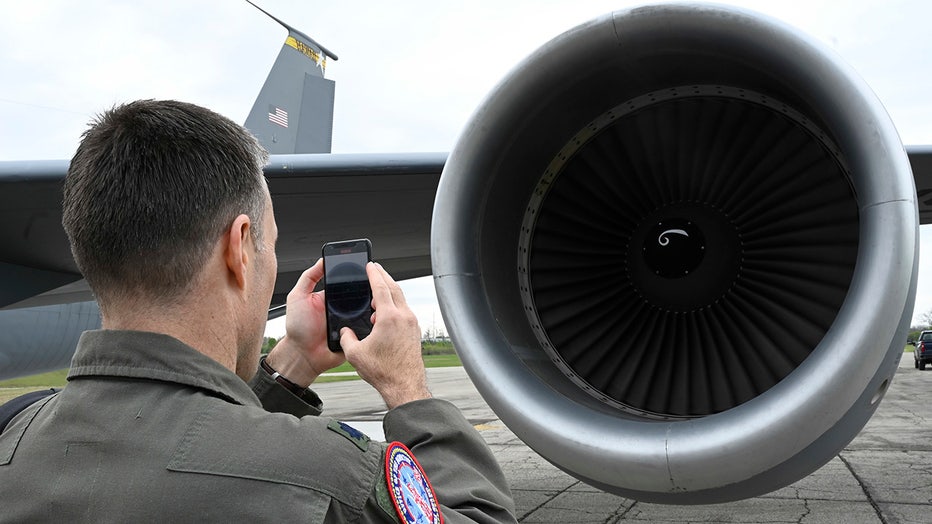 What is the Air Force Museum?

The National Museum of the United States Air Force, adjacent to Wright-Patterson Air Force Base, is considered the oldest and largest military aircraft museum in the world. It houses a massive collection of aircraft, rockets, and even spacecraft.

Some of the highlights include an F-117 ‘stealth’ fighter, the only surviving XB-70 Valkyrie, the WWII B-29 Memphis Belle, and President Kennedy’s retired Air Force One plane.

The museum is open seven days a week and is free to visit.