Wildfire smoke can travel hundreds, even thousands of miles containing what’s known as "particle pollution," according to Air Central Texas. According to ACT, these microscopic particles can get deep in your lungs causing burning eyes, runny nose, even leading to hospitalization or death.

AUSTIN, Texas - With wildfires burning and winds gusting, air quality concerns are growing. "The winds kick up the wildfires that are already going on and make it tougher and make the air quality go down," said Dr. Ronald Cox, with Greater Austin Allergy, Asthma & Immunology.

Wildfire smoke can travel hundreds, even thousands of miles containing what’s known as "particle pollution," according to Air Central Texas. According to ACT, these microscopic particles can get deep in your lungs causing burning eyes, runny nose, even leading to hospitalization or death.

"So it's the people who have asthma or at most risk of having breathing difficulties. For everybody, the exposure to the smoke, it’s going to cause a stuffy nose and runny nose congestion," said Cox. "It can cause people to have twitchy airways as well as asthma attacks."

That’s why Air Central Texas says it’s important to limit your exposure to smoke especially for the elderly, children, and people with heart or lung problems. If you’re at risk, make a plan with your doctor to manage your condition, and stock up on food and medicine so you don’t have to go out when it’s smoky. 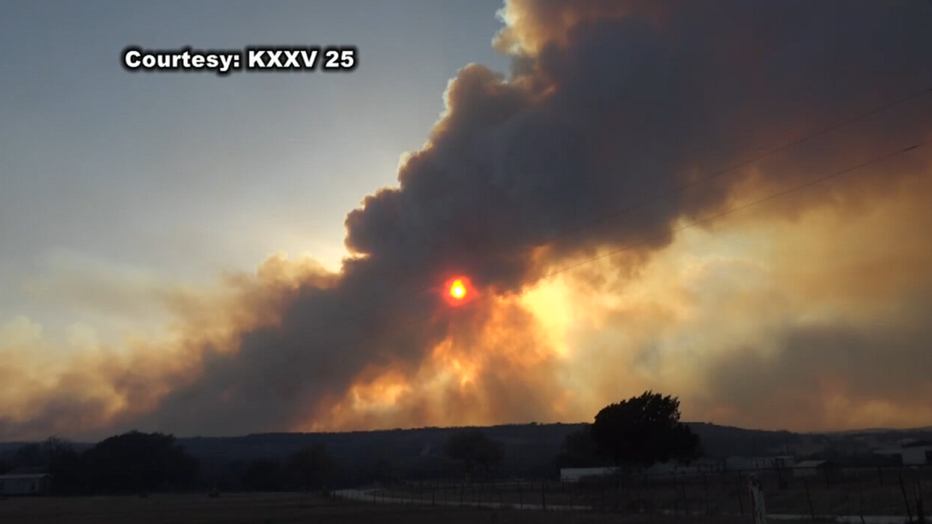 It's also important to keep in mind the high winds aren’t just kicking up smoke, but other allergens as well. "Pollen can travel up to 300 miles on wind currents," said Cox.

If you have to be outside when pollen or smoke is high, wearing a mask can help, and shower when you get home.

As for treatments, Cox has a few recommendations.

"Antihistamines help with itchy, running, sneezing. They do absolutely nothing for stuffy. That's where you have to use the decongestant, or Sudafed will help with the stuffiness or the over-the-counter nasal steroids. But one of the biggest things is a homeopathic thing called saline irrigation. So like a neti pot," said Cox.

FOX 7 Austin spoke with Dr. Ron Cox with Greater Austin Allergy about the impact that wildfires, smoke and wind can have on air quality—and the health issues it can cause.

If you’re still suffering, or if you’re using your asthma treatment more than usual, talk to your doctor. Bottom line: If the air is bothering you, be proactive.

"So if you're looking at the news and you're seeing that we have the wildfires and the winds are kicking in, smoke up, start using whatever it is that you use to keep yourself in instead of wellness and for your allergies, start that stuff a couple of weeks before your season starts, and it's easier to maintain control," said Cox.

You can check the air quality in your ZIP code here.