Judge: All LA Skid Row homeless must be offered housing by October

LOS ANGELES - Fed up by what he considers government inaction, bureaucratic paralysis and a lack of accountability, a federal judge on Tuesday suddenly ordered the city and county of Los Angeles to offer housing to the entire homeless population of downtown's Skid Row area by October.

U.S. District Judge David O. Carter set a timetable by which single women and unaccompanied children must be offered placement within three months, families must be given shelter within four months, and every indigent person on Skid Row would be given the opportunity to come off the streets by Oct. 18.

Mayor Eric Garcetti called the timetable "unprecedented" in terms of speed. "I want to read (the order) and understand how (the judge) would envision that happening, where the rooms, the real estate, etc. (are)," Garcetti said.

"I've had great conversations with the judge. Obviously, that would be an unprecedented pace, not just for Los Angeles but for any place I've ever seen for homelessness in America. And I want to be as bold and as ambitious as him, but as I said, I think many of us feel it's not just about getting people into shelter, it's getting people into homes," Garcetti said.

The groundbreaking 110-page order comes in response to a request for immediate court intervention submitted last week by the plaintiffs in a year-old federal lawsuit seeking to compel the city and county to quickly and effectively deal with the homelessness crisis.

Skid Row is a spread-out 50-block warren of downtown streets containing one of the largest populations of indigent people in the nation.

Skip Miller, outside counsel for the county, said Carter's order"goes well beyond what the plaintiffs have asked for." He added that the county was evaluating its options, including the possibility of an appeal to the U.S. 9th Circuit Court of Appeals.

Carter wrote that the city and county of Los Angeles "created a legacy of entrenched structural racism," leaving Black people -- and especially Black women -- "effectively abandoned on the streets. Such governmental inertia has affected not only Black Angelenos, not only homeless Angelenos, but all Angelenos -- of every race, gender identity, and social class." 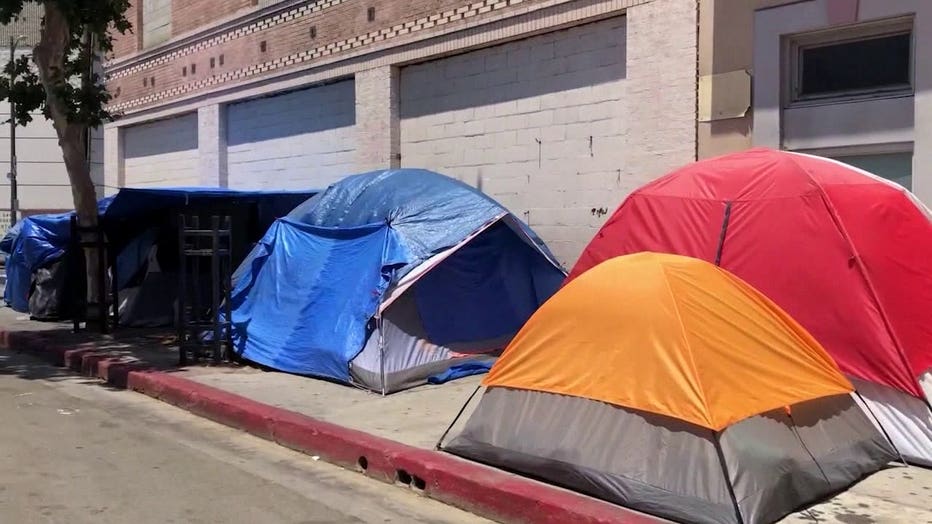 The judge wrote that virtually "every citizen of Los Angeles has borne the impacts of the city and county's continued failure to meaningfully confront the crisis of homelessness. The time has come to redress these wrongs and finish another measure of our nation's unfinished work."

Quoting Heidi Marston, director of the Los Angeles Homeless Services Authority, the judge wrote that "homelessness is a byproduct of racism."

In colorful language that takes in the Civil War and the Bruce's Beach case of forced displacement of Blacks in Manhattan Beach, Carter traced the start of the crisis downtown to the 1920s, when the city created the Municipal Service Bureau for Homeless Men in Skid Row to assist men by connecting them with philanthropic organizations that provided food and lodging.

However, "aid from such organizations was distributed selectively along racial lines," the judge found, adding that Los Angeles' highway infrastructure was "built as and remains a driver of racial inequality" by helping to displace and segregation on-white communities.   T

Today, near Skid Row "are thriving neighborhoods -- namely the Arts District and Little Tokyo District. As these districts edge closer to the boundaries of containment, police presence within Skid Row grows stronger," the judge determined.

A group of residents upset over the rise in homelessness in the city will formally begin a drive Wednesday to recall Los Angeles Mayor Eric Garcetti, an effort a mayoral spokesman called an unfortunate political stunt.

The motion was brought by the L.A. Alliance for Human Rights, a coalition of downtown business owners and residents that originally brought the lawsuit in March 2020. Attorneys for both the city and county strongly objected, arguing in court papers that the L.A. Alliance's "extraordinary" attempt to invoke the power of the court is "overbroad and unmanageable," lacks legal standing and would "improperly usurp the role of local government and its elected officials."

In his order, Carter blasted L.A. Mayor Eric Garcetti, who recently promised to spend nearly $1 billion on initiatives for addressing homelessness, among other issues including sidewalk vending programs and arts activities.

Instead, the judge ordered that the $1 billion "will be placed in escrow forthwith, with funding streams accounted for and reported to the court within seven days."  Carter wrote that despite the power to declare the homelessness crisis an emergency -- which would allow the city to "bypass the bureaucracy and eliminate the inefficiencies that currently stifle progress on homelessness"

Garcetti "has not employed the emergency powers given to him by the City Charter despite overwhelming evidence that the magnitude of the homelessness crisis is `beyond the control of the normal services of the city government."

In his conclusion, Carter said that for all the governmental "declarations of success that we are fed, citizens themselves see the heartbreaking misery of the homeless and the degradation of their city and county. Los Angeles has lost its parks, beaches, schools, sidewalks, and highway systems due to the inaction of city and county officials who have left our homeless citizens with no other place to turn."

RELATED: New supportive housing community for the homeless opens up in the heart of Skid Row

According to the L.A. Alliance, Skid Row is a "catastrophe created by the city and county" in which the city adopted a policy of "physical containment" whereby the poor, disabled and mentally ill would be "contained" inside the delineated borders of Skid Row.

Over the past year, with federal courthouses closed or not fully operational due to the coronavirus pandemic, Carter has held emergency hearings in such places as Los Angeles City Hall and a women's shelter in Skid Row.

"Undoubtedly, both the city and county will feel that such an order is diminishing their powers," the L.A. Alliance said in a statement when it signaled it would seek a preliminary injunction. "Yet, in the absence of a consensual agreement by the parties, court intervention becomes necessary." 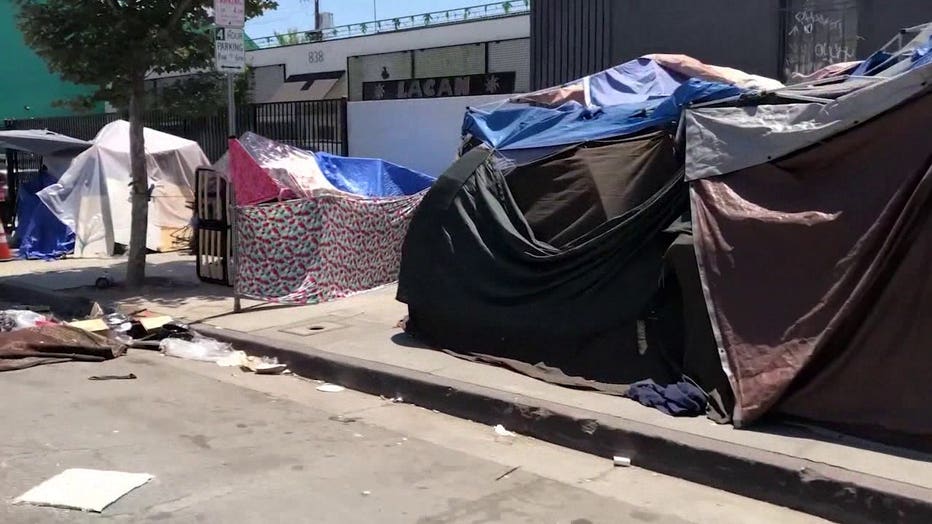 The L.A. Alliance said that after numerous settlement conferences and discussions, "it is clear that the local governments are unable/unwilling to address the problem adequately. The courts must take a more active role."

Nine days after the lawsuit was filed in March 2020, the parties suspended litigation with the intent to explore settlement "and set the stage for a comprehensive solution in the city and county of L.A.," the plaintiffs stated.

Proposed solutions have become bogged down in bureaucratic snarls between the city and county, prompting Carter to consider how he might deploy the power of the federal court to speed up efforts to get city sidewalks cleared and place homeless people into housing.