NEW PORT RICHEY, Fla. - The sheriff of Pasco County said three people were arrested following yesterday's search for a missing girl, including one man whom she later described as her "boyfriend."

The statewide Amber Alert was issued Monday for the 11-year-old, and community tips quickly came pouring in, Sheriff Chris Nocco said Tuesday. It turned out she was at the Tampa home of 22-year-old Luis Alberto Encarnacion.

"There is no logical sense for a 22-year-old man to be with an 11-year-old child unless there was horrific things that were going to go on in that place," the sheriff said. "In her mind, she thought Luis was her boyfriend. We all know that’s not real...what’s real is Luis acted like a predator." 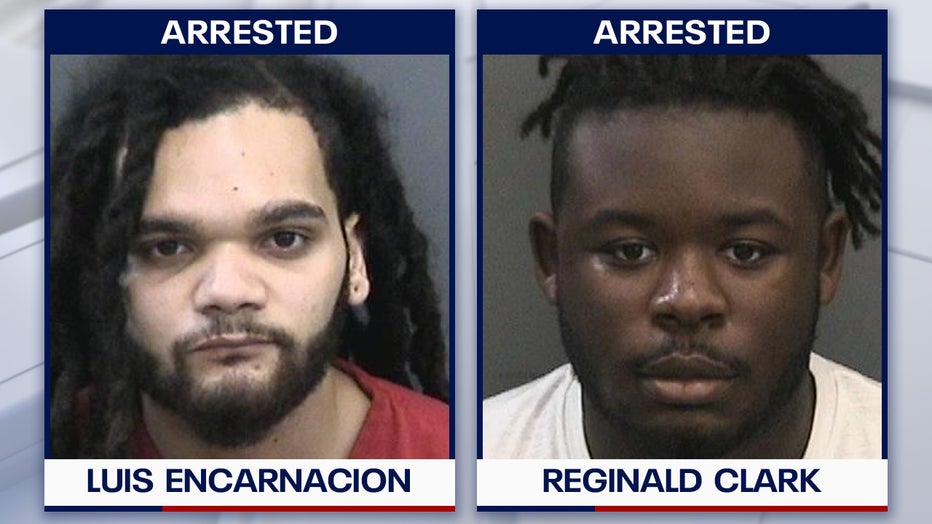 Detectives believe she and Encarnacion came in contact through social media. He has been charged in Hillsborough County with concealing the location of a minor, unlawful use of a communication device, lewd or lascivious battery, and sexual battery.

Encarnacion allegedly admitted to the charges while being questioned by HCSO detectives.

Charges are also pending against two other men involved in the case, seen in video footage with the girl.

Overnight, the Pasco County Sheriff’s Office released surveillance video showing the girl inside a 7-Eleven on Moon Lake Road around 12:23 p.m. on Monday. She was seen briefly walking into the convenience store, a little over an hour after she had walked away from her school.

Then, the video shows her leaving the store and a vehicle pulls up. A man exits the passenger seat, and she gets in.

Full press conference with Pasco County Sheriff Chris Nocco after a missing 11-year-old was found safe and a 22-year-old was arrested.

Nocco said detectives located the men who picked her up: the 19-year-old driver, identified as Reginald Clark, and 17-year-old Jonathon MacGregor.

The detectives made contact with both men, who took her another location in Hillsborough County. The girl was not with them when detectives located them. Both were arrested for interfering with child custody; the sheriff said they are trying to determine whether the men are connected to Encarnacion.

"This doesn’t appear to be the first time that these two have linked up," Nocco added.

As of Tuesday morning, the girl remained in the custody of the sheriff's office, and the agency was working with the state to find her a stable home. She was currently not living with any relatives.

"Her mom is in county jail. Her dad is nowhere in the picture. She has gone from one adverse childhood experience to another," Nocco explained. "She is looking for that stability…that caring nature that most kids are given in life."

During the investigation, the sheriff said he noticed the type of comments on social media and asked people not to judge a child based on her appearance.

"Unless you walked on water, you don’t throw stones at people. Think about the life she’s gone through and if you have to make a negative comment, turn the computer off," Nocco said. "There’s young children in our community that need help. We have to defend this young girl. Putting her down does nothing to help us."