One of the obvious changes will be a tighter bag policy for fans headed into the Cotton Bowl Stadium. Each person can only bring in one clear bag that is no bigger than 12 by 12 inches.

DALLAS - The head of the Dallas Police Association recently warned that a combination of the Amber Guyger murder trial and the State Fair of Texas would strain already-thin police resources, but State Fair organizers are seeking to reassure the public they are prepared ahead of Friday's opening.

One of the obvious changes will be a tighter bag policy for fans headed into the Cotton Bowl Stadium. Each person can only bring in one clear bag that is no bigger than 12 by 12 inches.

For the second year now, the fair is paying for all the police costs associated with the fair. That covers over time and the cost to the department for using on-duty officers.

The State Fair comes after a summer where violent crime reached a tipping point in Dallas with DPS Troopers being called in to assist and in the midst of a high-profile police-involved shooting trial.

Nevertheless, Dallas PD says it can handle the fair.

“If something pops up, we have the resources and personnel to address something that pops up,” said Dallas Police Major Tina Schultz.

Even with a recent bump in officer pay, the department is still an estimated 800 officers short.

“As the commander over the fair and representing the Dallas Police Department, we are gonna have a safe fair for you,” Schultz said. “We have the resources, on-duty and off-duty, for the fair as well as citizens on all the other seven substations.” 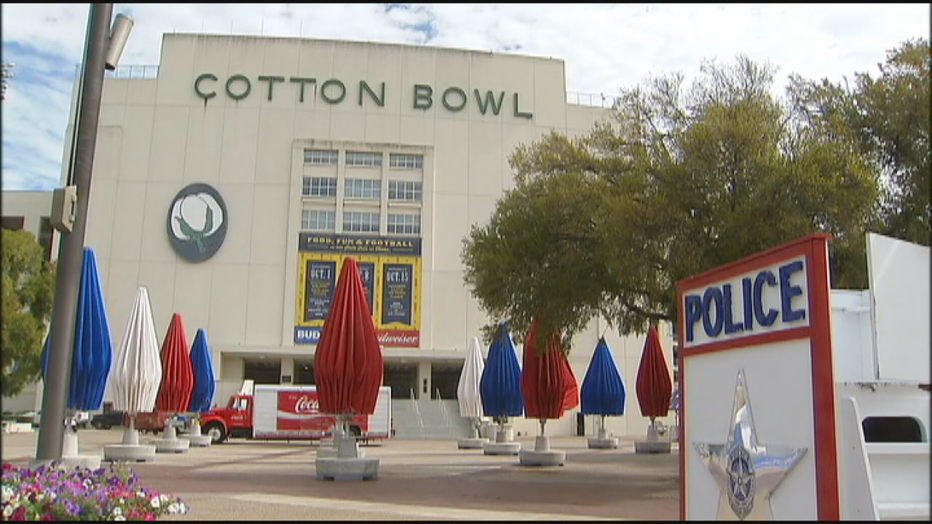 In the past, the fair only paid DPD for the cost of officers on overtime. Now, the fair pays the full cost of the officers it relies on. It is also hiring police from outside cities, which lightens the load on DPD.

But Major Schultz would not reveal if there are fewer DPD officers and more out of town officers.

“We have a combination of officers in different agencies,” she said. “We have the same staffing number. I can’t tell you if I have more DPD or not.”