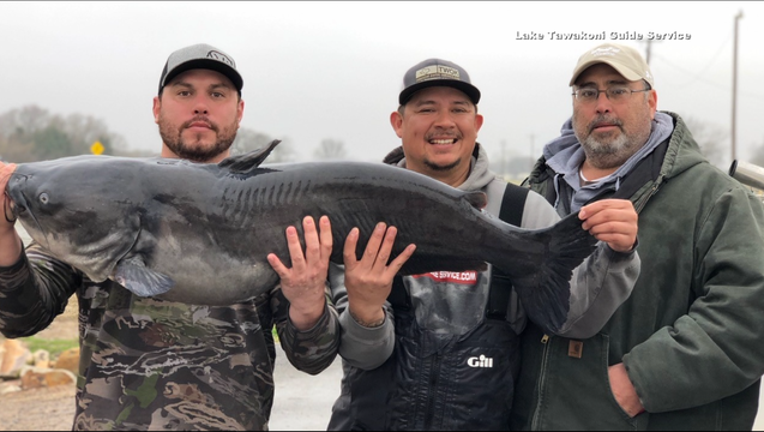 A monster channel catfish was caught Saturday in Lake Tawakoni.

The 47-pound fish was caught by angler Josh Garcia, of Midland, while fishing with Michael and Teri Littlejohn's Guide Service.

That would shatter the previous record of 36.5 pounds set way back in 1965 by a fish that was caught in the Perdanales River.

State biologists have been sent DNA samples to confirm it's a channel catfish.

But from the pictures, they believe it is.

After being weighed, the fish was put back in Lake Tawakoni and swam away.