MANOR, Texas - The US Marshals Lone Star Fugitive Task Force has apprehended a suspect from a 2016 aggravated assault thanks to an anonymous tip. Rene Jimenes-Cruz, 40, was wanted for allegedly stabbing a female victim multiple times in Manor.

When authorities found the ankle monitor, it had blood on it.

In 2016, the Travis County Sheriff’s Office requested assistance from the Lone Star Fugitive Task Force to locate and apprehend Jimenes-Cruz. Jimenes-Cruz began to be featured in the Greater Austin area on the weekly segment of "Marshals Most Wanted."

In January 2021, the task force received an anonymous tip from a viewer that Jimenes-Cruz may be hiding in Bell County and working construction.

The tip was followed up on, and task force members observed Jimenes-Cruz getting into a white utility van at a residence on Brenda Lane in Temple on Monday, January 25.

As they attempted to conduct a vehicle stop, Jimenes-Cruz immediately fled from authorities, driving through a parking lot and a barbed-wire fence, and striking a deputy’s vehicle before crashing into a nearby creek, where he abandoned the van and fled on foot before being apprehended. 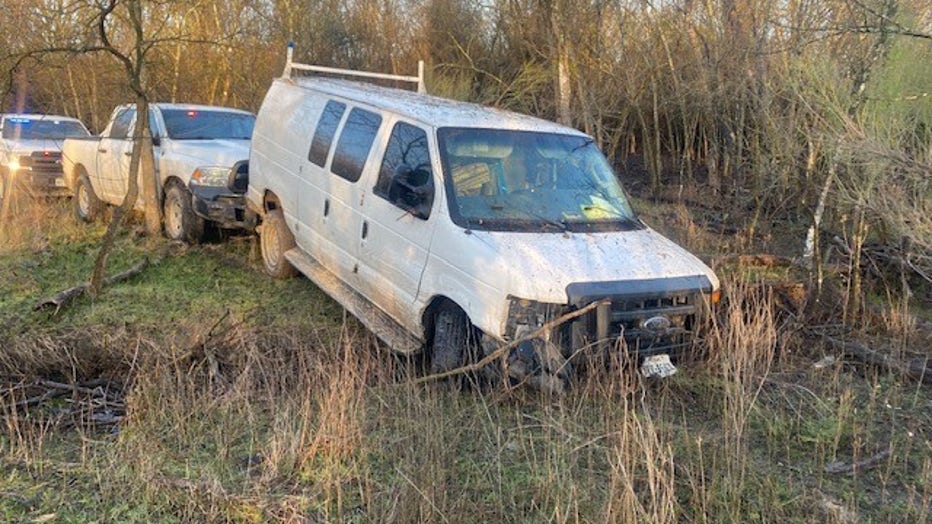 Jimenes-Cruz was transported and booked into the Bell County Jail where he will await extradition back to Travis County.