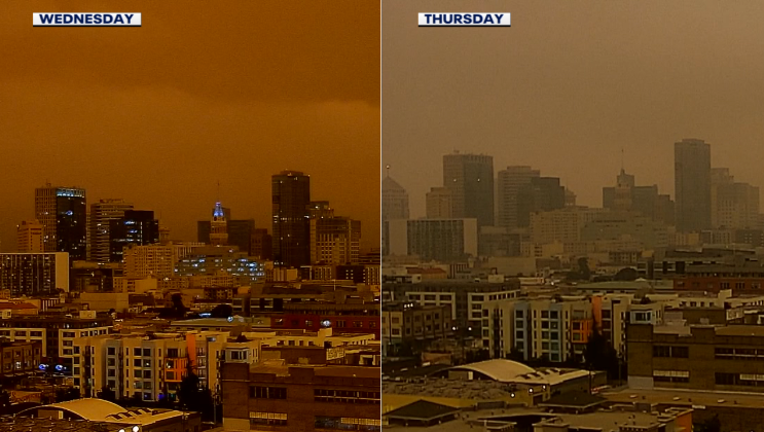 OAKLAND, Calif. - The skies will still be filled with ash on Thursday, according to meteorologists, as they predict another smoky day forecast.

In a tweet, the National Weather Service said that "Unfortunately, we're not seeing anything that will significantly change our current situation."

However, as the sun came up, the skies were indeed gray, but there was no visible orange glow, which permeated Northern California the day before. Meteorologist Steve Paulson says that's because there is a lot of fog; if that burns off, he said it's likely the orange will return.

Still, hazy clouds of smoke from dozens of wildfires darkened the sky over much of the West Coast on Thursday; the skies were so dark on Wednesday, people drove with the headlights on at lunchtime and the odd light put many residents on edge, prompting the hashtag #apocalypse2020.

Send us your dramatic weather photos with the KTVU Weather App

Email your photos to ktvuphotos@foxtv.com

While satellites show a towering band of smoke hovering along the coast, there was little scent of smoke and the air quality index did not reach unhealthy levels. That’s because fog drifting from the Pacific Ocean was sandwiched between the smoke and ground. And smoke particles above the marine layer were acting like a filter, scattering blue light and only allowing yellow, orange and red light to reach the ground, said Ralph Borrmann, a spokesman for the Bay Area Air Quality Management District.

The smoke blocked out so much sunlight that a forecast for temperatures to climb to 90 degrees instead dipped to the 60s  as though “we’re in perpetual morning without the sun to help us warm up,” said Drew Peterson, a meteorologist with the National Weather Service’s Bay Area office.

Borrmann said the conditions were expected to linger until Friday. By then, the district expects to issue its 25th consecutive Spare The Air alert requiring residents to cut pollution — the longest stretch since the program began in 1991. 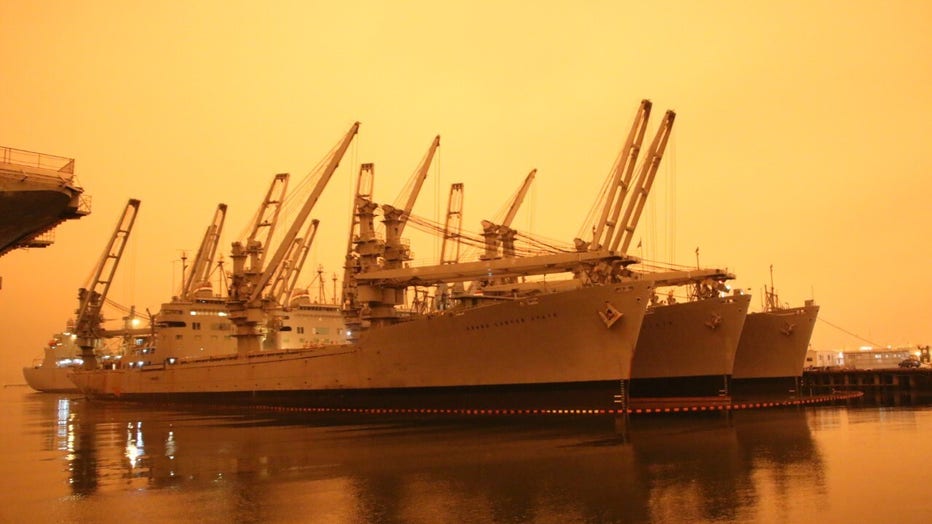 There is still fog under the smoke and cool temps and ash prevail. 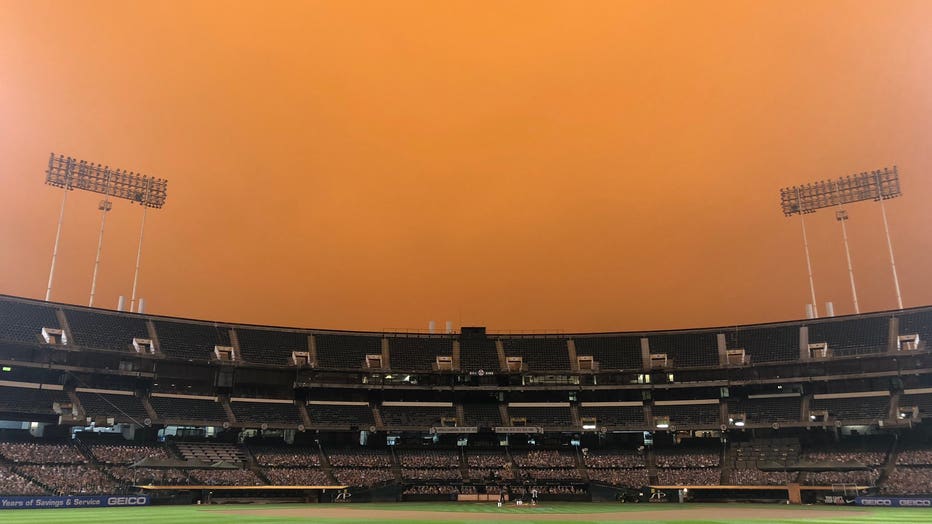 The Oakland Coliseum under an orange sky because of wildfire smoke. Sept. 9, 2020 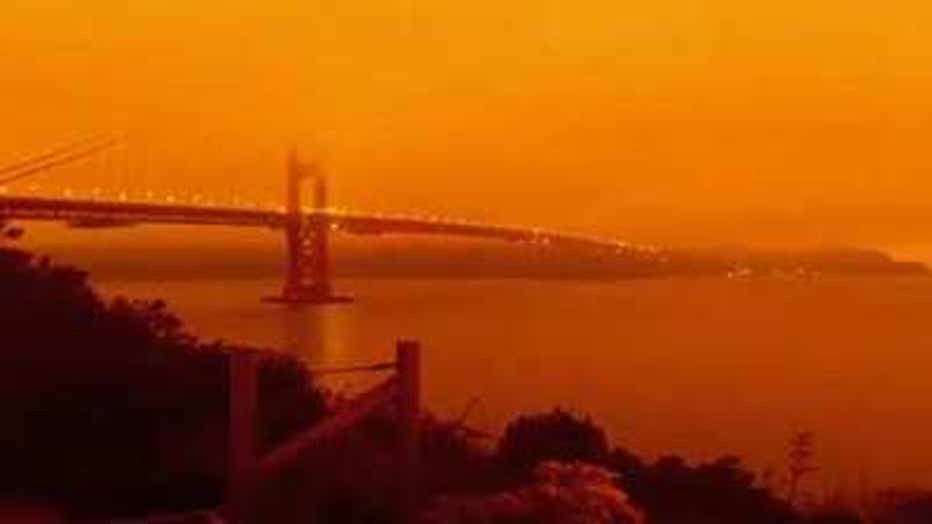 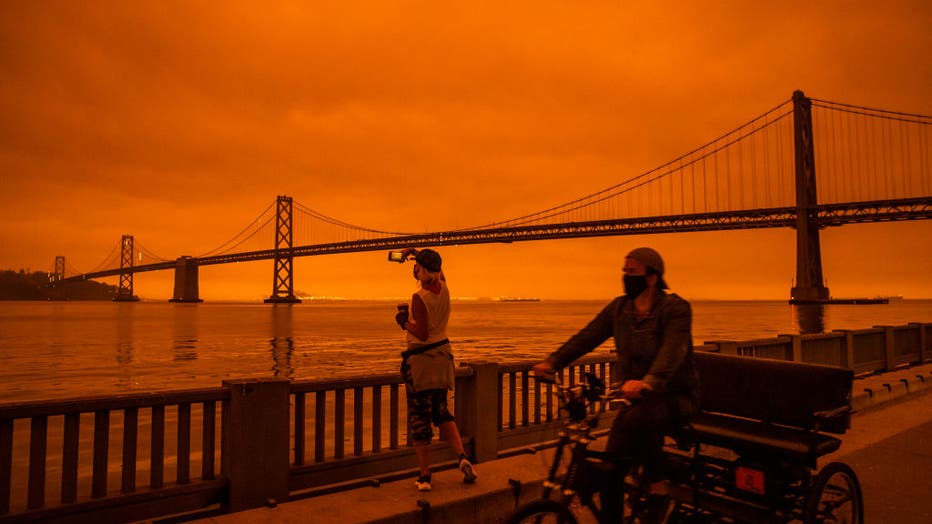 Wildfires burning across Northern California mixes with the marine layer, blanketing San Francisco in darkness and an orange glow on September 9, 2020 in San Francisco, California. (Photo by Philip Pacheco/Getty Images) 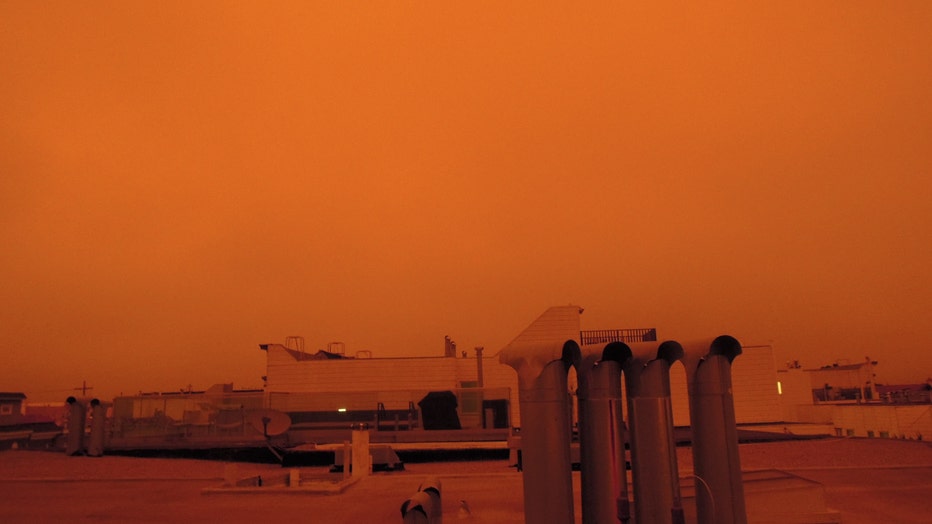 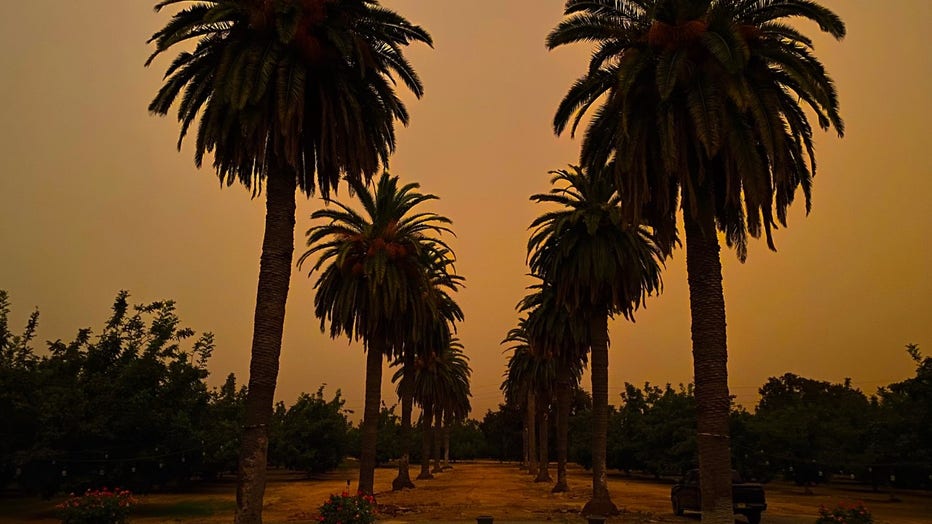 Brandon Gage took a photo of smoky skies in Chico where the Bear Fire is burning. Sept. 9, 2020 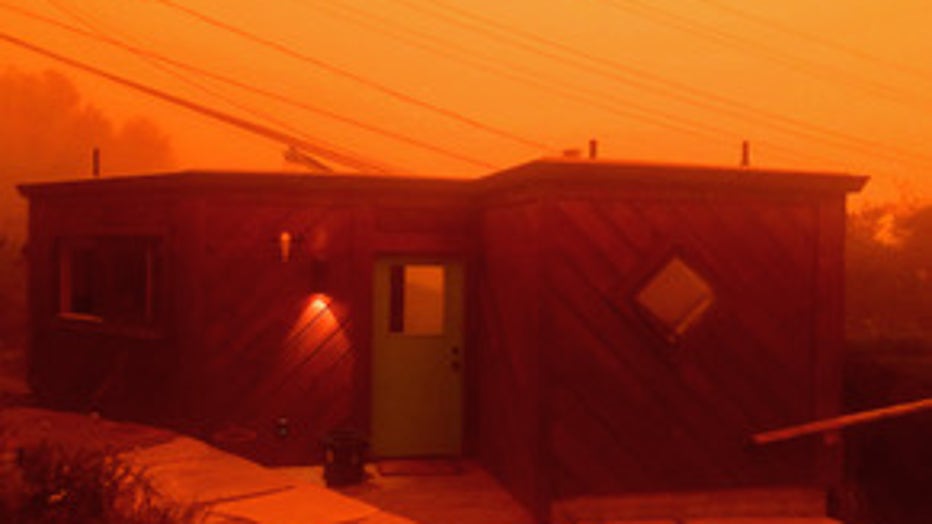 View from Berkeley. By Melissa Seka-Wilson. 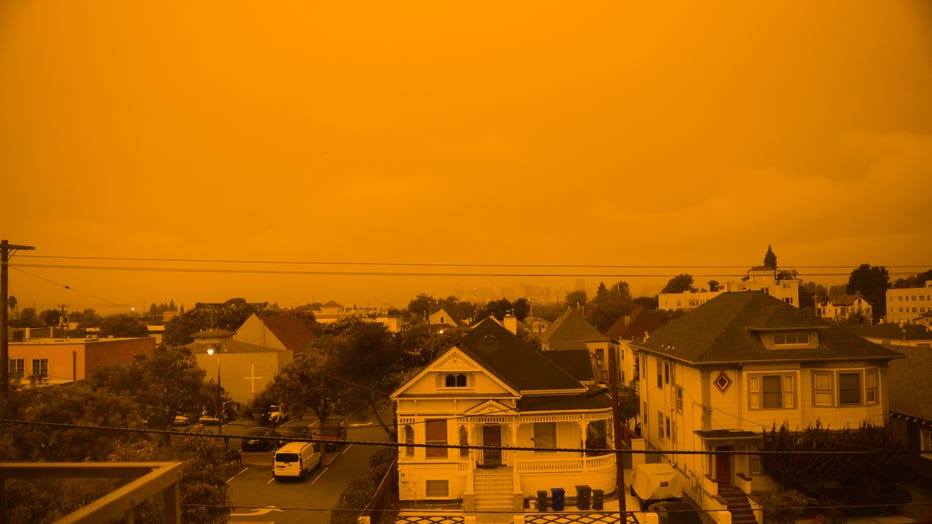