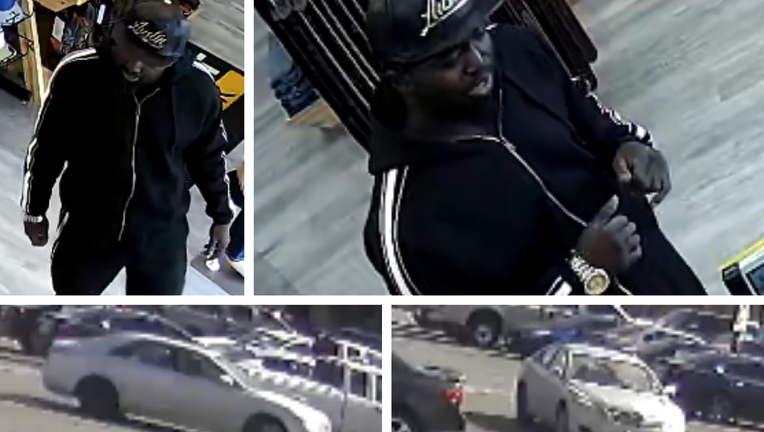 AUSTIN, Texas - The Austin Police Department is asking for the public's help in identifying a suspect in a robbery at a North Austin western wear store.

APD says that a man entered the Furia Western Wear store at 6305 Cameron Road around 2 p.m. on Feb. 21 and began asking about various products. He then displayed a handgun and forced one of the store's employees behind the counter where he took cash from several registers.

The man then fled the scene in a white sedan with an undisclosed amount of cash. The store employees were physically uninjured, says APD.

The suspect’s vehicle is described as: