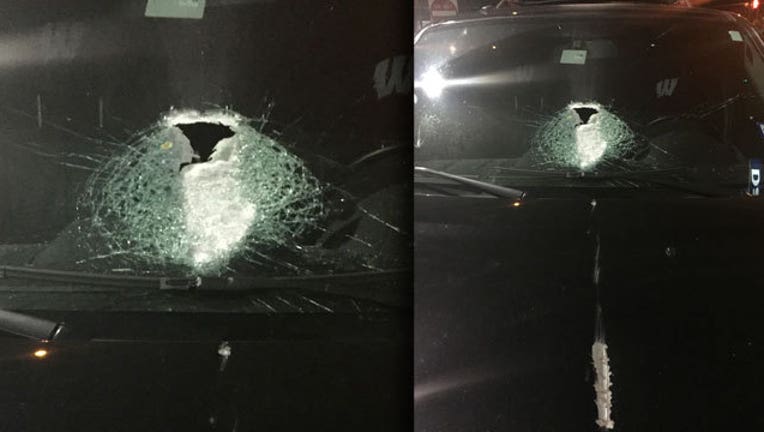 PFLUGERVILLE, Texas - According to Austin police, there have been three more incidents since we last did the story three weeks ago.

On June 7th, a Pflugerville woman's car was struck as she drove on the lower deck of I-35 in Central Austin.

The impact dented her hood and smashed her windshield before coming to a rest in her back seat.

Officers say drivers reported rocks being thrown at them on June 8th, 11th and 12th.

According to APD, they occurred at the following locations:

This makes more than 30 vehicles since this time last year.