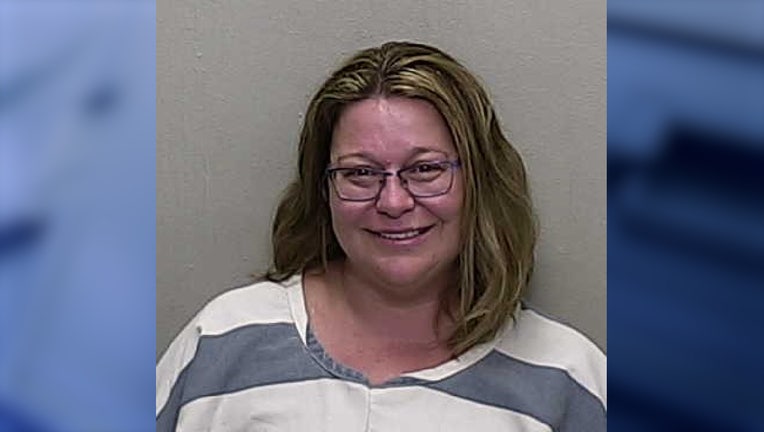 MARION COUNTY, Fla. - A Florida woman was arrested after she allegedly hit a Circle K convenience store assistant manager for refusing to sell her alcohol, according to an arrest affidavit.

On Aug, 23, the manager visited the Silver Springs store located on East Highway 40 to get something, when she witnessed a woman in the store trying to buy alcohol without an ID card, according to the Marion County Sheriff's Office. The store clerk told her she could not sell the alcohol to her without an ID.

Deputies said the woman then walked outside to a vehicle, and another woman – identified as Lisa Muncy, 43, of Silver Springs – got out of the vehicle and walked inside the store and attempted to buy the same alcohol. The manager denied the sale due to it being a third-party sale, saying the store clerk could potentially go to jail for it, the affidavit stated.

When the manager went back to her vehicle and tried to leave, deputies said Muncy came out of the store and began calling her names. Muncy then reportedly opened the woman's passenger door and punched the manager, before leaving the area in a tan SUV. Authorities said the incident was caught on the store's security footage.

Law enforcement later found Muncy at her neighbor's home and when they asked her what happened at the store, she reportedly said, "You can just go ahead and arrest me because I hit her," according to the affidavit. "I went through the window of her car and then I opened the car up," she added.

Muncy was arrested on a felony charge of burglary with assault or battery and was taken to jail. She has since bonded out, jail records show.