KENNEDY SPACE CENTER, Fla. - NASA has announced a new launch date for its next attempt to send the Artemis I rocket from Cape Canaveral, Florida to the moon.

Officials are now targeting Monday, Nov. 14 for liftoff of the Space Launch System (SLS) rocket carrying the Orion spacecraft from Launch Pad 39B at Kennedy Space Center. The 69-minute launch window that opens at 12:07 a.m. EST.

The agency plans to roll the rocket back to the launch pad as early as Friday, Nov. 4. 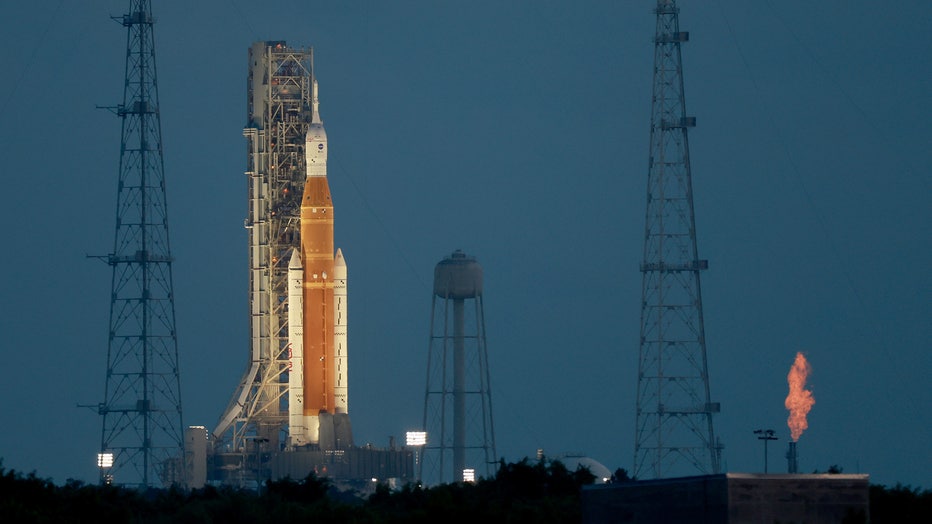 If the launch happens as planned on Nov. 14, a splashdown in the Pacific Ocean would happen on Friday, Dec. 9.

Several attempts have been made since late August, but each attempt was scrubbed due to technical issues and most recently because of the severe weather Hurricane Ian brought to Central Florida.

Following Ian, teams at the Kennedy Space Center have since conducted initial inspections to assess any potential impacts from the powerful storm, and have not found any damage to Artemis flight hardware, and facilities are in good shape with only minor water intrusion identified in a few locations, the space agency announced.

Artemis I is an uncrewed flight test to launch SLS and send Orion around the moon and back to Earth to thoroughly test its system before flights with astronauts.