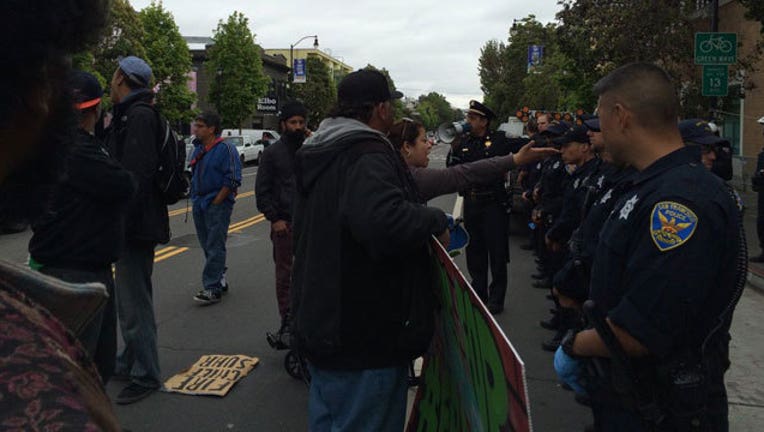 At least 25 people reportedly were arrested Friday after San Francisco police in riot gear clashed with hunger strike supporters who are protesting in at city hall.

The group of rowdy demonstrators chanted outside Lee’s office before being forced downstairs and they knocked down a metal detector and used it to keep one of the doors open wide.

The demonstrators created the ruckus at city hall to stand in solidarity with five protesters who have been hospitalized during their hunger strike. They are refusing to be force-fed, KGO-TV reported.