AUSTIN, Texas - A dog is safe and back home with its family after an Austin-Travis County Emergency Medical Services medic rescued it after it fell off a cliff.

In a post on Facebook, ATCEMS says Special Operations Training Captain R. Luddy was approached by some people while he was eating his lunch at the Pennybacker bridge on November 12. Captain Luddy was waiting to do some rope training with other members of ATCEMS Special Operations Rescue Team.

The people told Captain Luddy that a dog had fallen off a cliff nearby and asked if he could help. 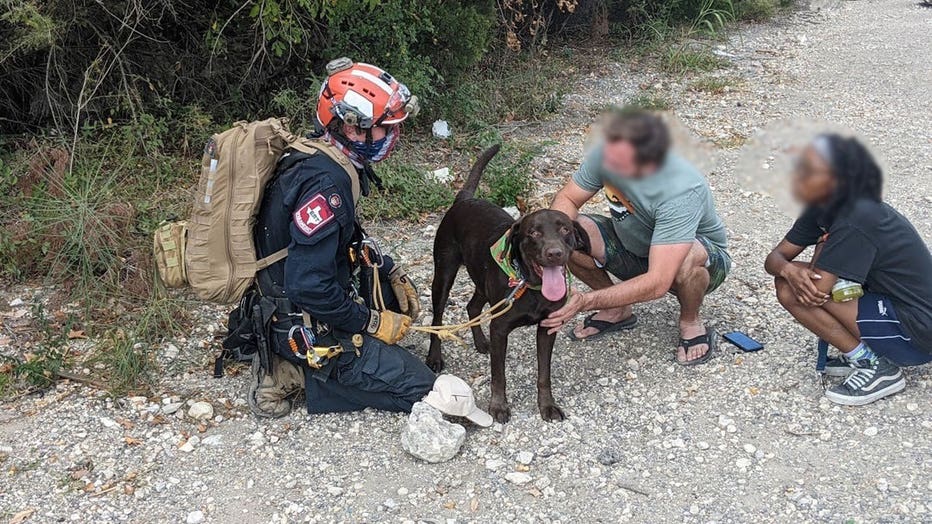 “I grabbed my med bag and ropes, and started running towards the scene,” Captain Luddy said. “I called Medic 17 (who was on the way for training) and told them what was going on. I got to the top of the cliff and found the owner, who had been calling to his dog franticly with no response.”

Captain Luddy went to the area where the dog had fallen and rigged an anchor strap to a tree, attached a rappel line and safety line to the anchor, and rappelled down the cliff face. Clinical Specialists A. Gastelum & S. Norton from Medic 17 arrived on the scene and set up a haul system, in the case that it would be needed.

Officials say after searching for a short time, Captain Luddy located the dog, named “Stout,” who was mostly unharmed. A leash was fashioned out of rescue ropes and after finding an accessible trail, Captain Luddy walked Stout out of the greenbelt to reunite with his owner.

“He must have fallen about 70 feet, and hit a few branches and bushes on the way down,” Captain Luddy said. “I was ecstatic to find him in such good condition.”