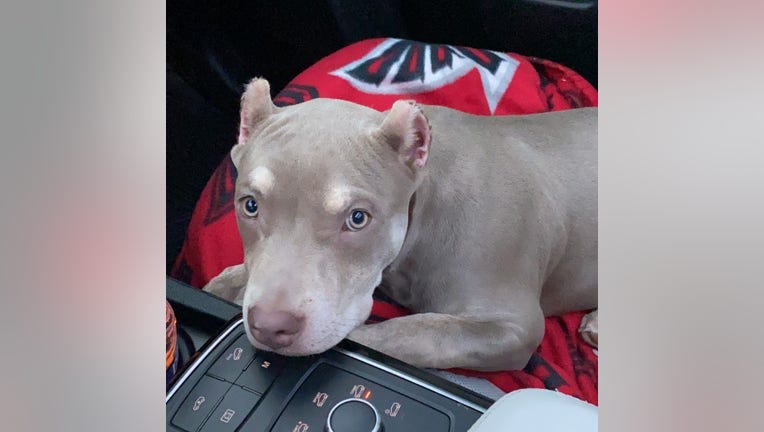 The victims say Stella the dog was stolen during a car break-in on Peachtree Street. (Arielle Deadwyler)

ATLANTA - Atlanta police are looking for a suspect who broke into several cars outside of a Buckhead restaurant Saturday night.

Officials say one or more suspects broke into three cars outside the El Azteca Mexican restaurant on the 1,700 block of Peachtree Street.

One couple says they left their 18-week-old American Bully inside their vehicle while they grabbed a quick bite to eat at the restaurant.

In a message to FOX 5, Arielle Deadwyler says that she and her boyfriend were heartbroken when they realized that Stella was taken.

"Stella was such a light to our lives, both our families loved her like an additional life to the family. Most importantly Stella helped with both my therapy and my boyfriend's therapy," she said.

Deadwyler says a person claiming to have the dog is asking for a ransom for Stella's safe return.

"I gave my information to Atlanta Scoop. Atlanta Scoop put the information on its Instagram page and at this point, I believe it was around 1 p.m., someone reached out to me and said they had Stella and wanted money for her," Deadwyler said.

If you have any information that can help investigators, please call the Atlanta Police Department.