All three employees each received a $10,000 scholarship from the foundation. Scholarship awards range from $5,000 to $25,000 per student, says Tacala Companies, which owns the restaurants where the three work.

Udoy Saha of Austin has been with Taco Bell for over a year and plans to use his scholarship to pursue business and finance at the University of Texas at Austin. 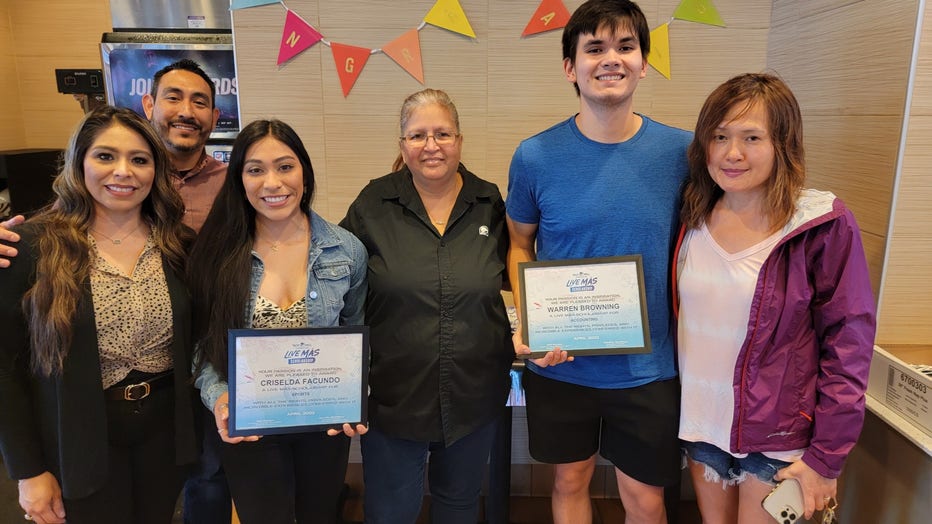 Criselda Facundo, third from left, and Warren Browning, second from right, hold up certificates as winners of two $10,000 scholarships from the Taco Bell Foundation. (Tacala Companies)

Warren Browning of San Marcos has been with Taco Bell for three years and also plans to use his scholarship to attend the University of Texas at Austin, studying business and accounting.

Criselda Facundo, also of San Marcos, plans to use her scholarship to study sports and Kinesiology at the University of Texas at San Antonio.

Each employee had to submit a two-minute video as part of their application describing their passion and how they plan to use it to ignite change.

The Taco Bell Foundation awarded $8 million in Live Más Scholarships this year to 770 employees and fans, selected from a pool of 8,000 applicants. Since 2016, the foundation has awarded nearly $30 million.