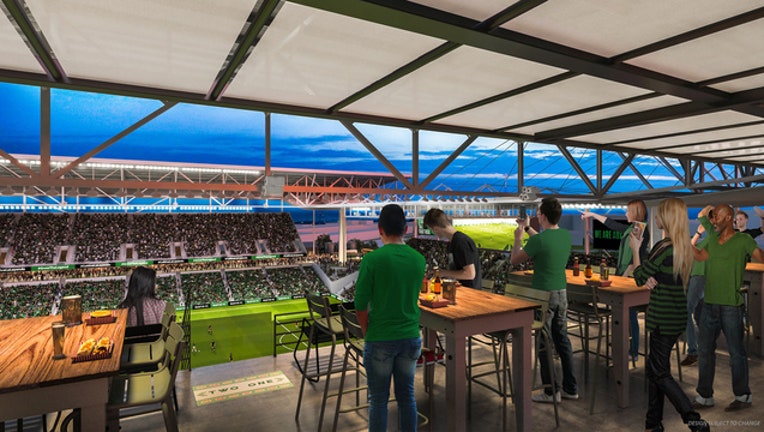 "Check out these updated renderings of our new stadium." (Austin FC)

AUSTIN, Texas - Austin FC, Austin's Major League Soccer club, has secured deposits for over 30,000 seats, even though capacity for the privately funded soccer stadium at McKalla Place will be 20,500.

Austin FC deposits are refundable, and it is believed that a limited percentage of those placed deposits may choose to not purchase season ticket memberships. Austin FC also announced that it is  customary for major league teams, irrespective of the sport, to collect deposits for more seats than the actual stadium seating capacity when opening a new stadium.

To commemorate Austin FC as the 27th club in MLS, those who place a deposit by August 27 will be automatically entered into a lottery that will grant 27 winners the opportunity to be among the first 27 people to select seat locations. Additionally, Austin FC Season Ticket Memberships will include access to all home regular season matches, as well as exclusive member-only events and additional privileges that will be released prior to the seat selection phase.

Deposits can still be placed online with a valid credit card, over the phone at 512-572-8932, and in-person at Austin FC’s office at 1835-A Kramer Lane, Suite 600 during business hours or at various off-site locations throughout Austin. Cash deposits will be accepted in person.