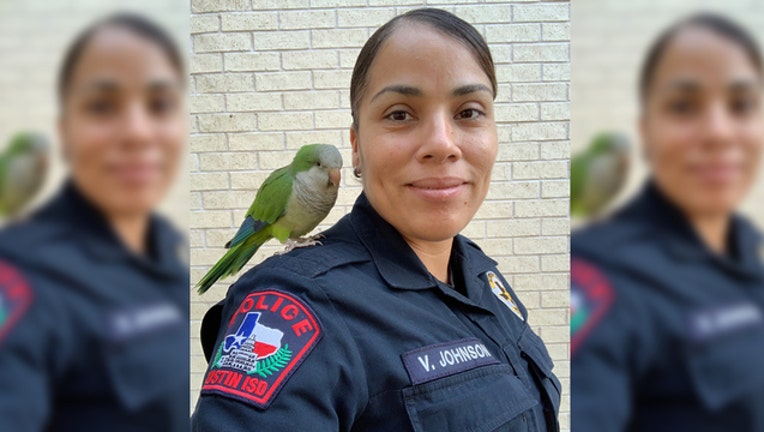 (Courtesy of the Austin ISD Police)

According to the Austin ISD Police Twitter account, a student walked into the LBJ Early College High School and said he had a parrot on his shoulder that wasn't his and wouldn't leave him along.

"Ofc. Johnson, being a #pirate in her spare time, knew exactly what to do," the tweet says.