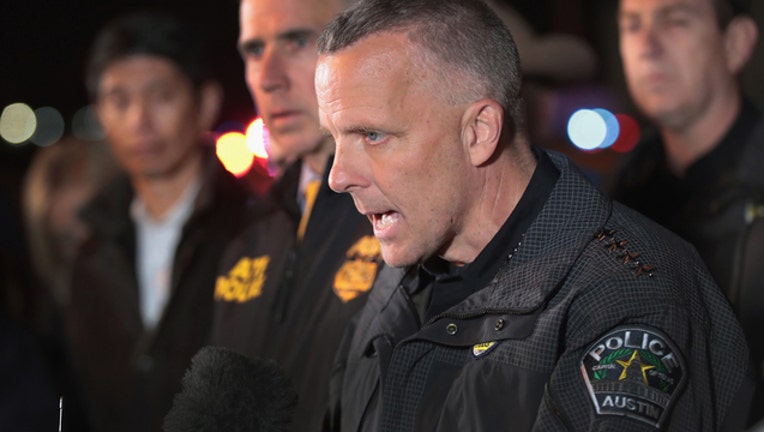 AUSTIN, Texas - The Austin Justice Coalition has called on Austin Police Chief Brian Manley to resign following protests and the chief's recent "resistance to the changes directed by City Council."

"It is with enormous frustration that the undersigned groups renew our demand -- after weeks of protest and major changes unanimously passed by City Council -- for new leadership at the top of Austin’s public safety department, and in particular our demand that you sideline Chief Brian Manley," AJC wrote in a press release.

The call for resignation comes after Chief Manley's proposed release of the body camera footage surrounding the Mike Ramos shooting.

"Let us be very clear. We support the release of body camera footage. However, we do not trust what Chief Manley is about to do by releasing a video without complying with his own agreed editing policies, and we object to retraumatizing the family and the community," AJC wrote.

According to the coalition, community organizations agreed to a policy that would allow APD to provide an edited and complied version of body camera footage if the Director of Police Oversight, Farah Muscadin, had a role in the process of creating that video.

"We spoke clearly to Manley and his team as the new policy was discussed, emphasizing that the community would not trust APD to give a neutral and fair edit of the available video and that we needed to know that someone in the process would be the eyes and ears of the public in this process," AJC wrote.

This week, the coalition learned that the video created out of the Ramos footage was made without the participation of Muscadin. Instead coalition says that the video will be shown to her today and released on Monday, June 22 at 8 a.m.

"We do not believe this video release violation around the Ramos case is an accident. The Mike Ramos shooting has been the highest-profile death at the hands of police since the shooting death of David Joseph in 2016," AJC wrote.

"So again, we restate our central concern that this community can no longer act in partnership with Chief Manley, Assistant Chief/ Chief of Staff Troy Gay, and Assistant City Manager Rey Arellano. There is almost ZERO community trust in the Austin Police Department due to leadership of the aforementioned. You must ask them to resign," AJC wrote.

The coalition continued, asking that APD release all dashcam footage, body cam footage, and 911 call audio surrounding the case to the public unedited or restart the editing process to include the Office of Police Oversight.