AUSTIN, Texas - UPDATE: The family from the VHS has reached out to Jim McKay.

A VCR that was bought at an Austin-area Goodwill contained a prized family possession; a VHS tape that shows the heartwarming moment a baby takes its first steps, and now the buyer of the VCR is looking for the family.

Jim McKay bought the VCR over a year ago for a film project he was working on and was pleasantly surprised after he plugged it in and out popped out the VHS containing the family memory,  "I couldn't resist seeing what was on it of course. As I started watching, it became clear that this was an absolutely amazing family, capturing what may be this baby's very first steps. I kinda fell in love with them."  McKay told FOX 7 Austin.

The video has gone viral on Twitter after it was shared by McKay and his friends who are eagerly looking to find the baby and its family.

The video has amassed just under 75 thousand views so far and McKay hopes that someone will recognize the family, "I kinda fell in love with them. They're so loving and wholesome. After seeing that, there was no way I could just stick it in a box and forget about it. I had to make an effort to find this family to return it," he said.

The VCR tape is dated for September 27, 1994, which would make baby in tape around 25 years old. McKay also shared a picture of the VHS tape and its label. 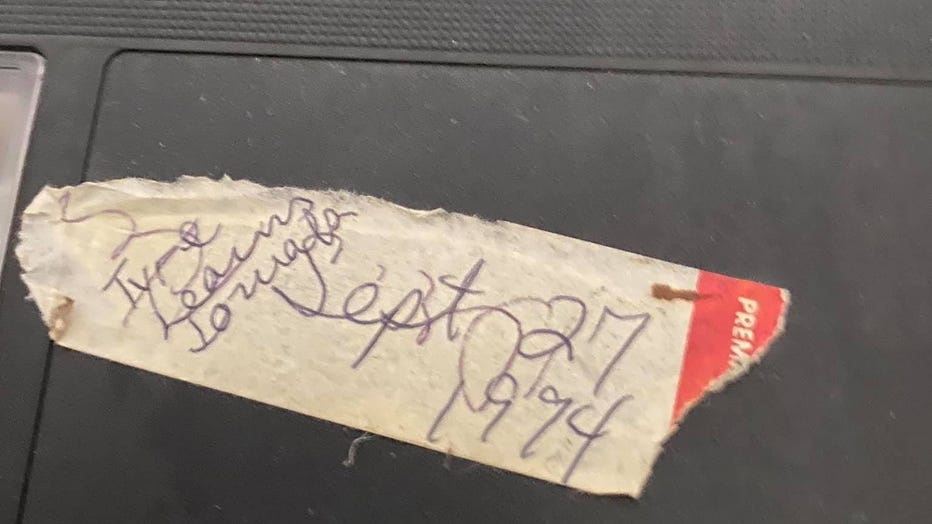