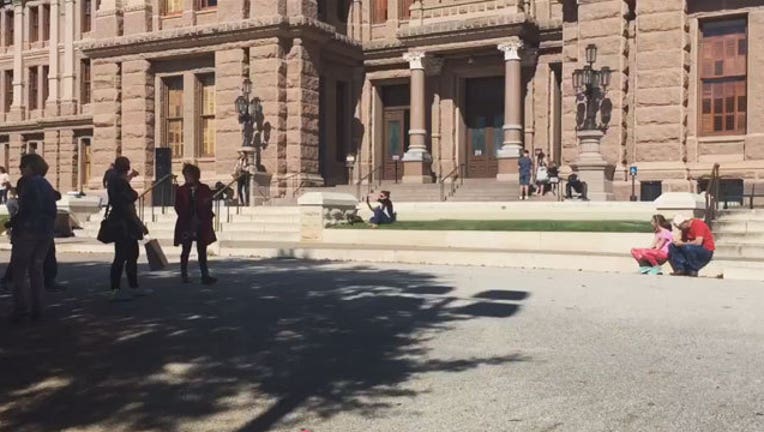 AUSTIN, Texas-- An Austin man is calling attention to the bullying epidemic. One story at a time, victims shared their stories this afternoon at the State Capitol.

Amy Donnelly says her seven-year-old daughter had a rough time in school for a while and it wasn't because classes were tough.

“Hitting her in the head, in the back, spitting on her,” Donnelly said.

These were things her child endured. That's when her mother knew, her daughter was being bullied.

“Any time she started to speak in class, that person would talk over her. She literally could not get a word in,” Donnelly said.

The ordeal happened until she was 10-years-old. Amy and her husband decided it was time to change schools.

“At first we didn't want to do it,” Donnelly said.

They would later find out it was the best decision. Amy was among others who shared similar stories of bullying and harassment. The event brought to light that bullying doesn't only happen to children.

“I had somebody who was just really bad to me over and over again,” Matthew Sullivan, organizer, said.

Sullivan holds the event at the Capitol each year. “It's such an epidemic, that's all over the country,” he said.

Since technology has become so advanced, bullies often hide behind a computer screen.

“When you’re at home and when you're sitting on the computer, anybody from anywhere could be sitting there writing and spreading nasty stuff about you,” Sullivan said.

Organizers believe becoming aware of the epidemic is the start of change.

“When your child comes to you and tells you that they need help, they're at the point where they can't handle it by themselves,” Donnelly said.

“I'm just letting people know they're not alone and they're people out there to help them,” Sullivan said.