AUSTIN, Texas - The Puppy Parvo ICU of Austin Pets Alive! flooded with sewage water Saturday afternoon, prompting the shelter to put out an urgent call for fosters and adopters.

APA! needed to move out the puppies who were testing negative for parvo. Meanwhile, the care team had to relocate puppies currently receiving life-saving treatment to alternate wards within the ICU.

The shelter says 17 puppies were placed with fosters or adopters by late Saturday night. Moving into Sunday, the shelter needed to place 15 other puppies in homes until the clinic could be cleaned and sterilized.

Sunday evening APA! told FOX 7 all of the remaining 15 parvo survivor puppies went to homes with fosters and adopters. The shelter also says a total of 23 puppies were adopted or fostered the same day!

APA! says shelter staff spent most of Sunday cleaning up after the flood. They were able to resume treatment for the puppies still testing positive for parvovirus.

To add on to the good news, one of the puppies that was adopted from APA! yesterday was a three-month-old dog who was featured as FOX 7 Austin's Pet of the Weekend on May 21. Fusilli, a parvo survivor, was the Austin FC Honorary Mascot of the Match for the team's home game versus Orlando City SC. 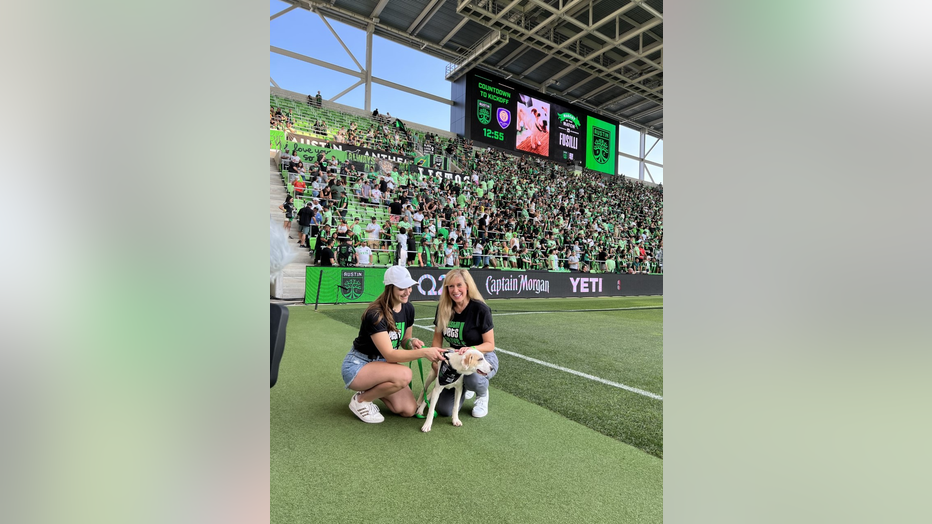