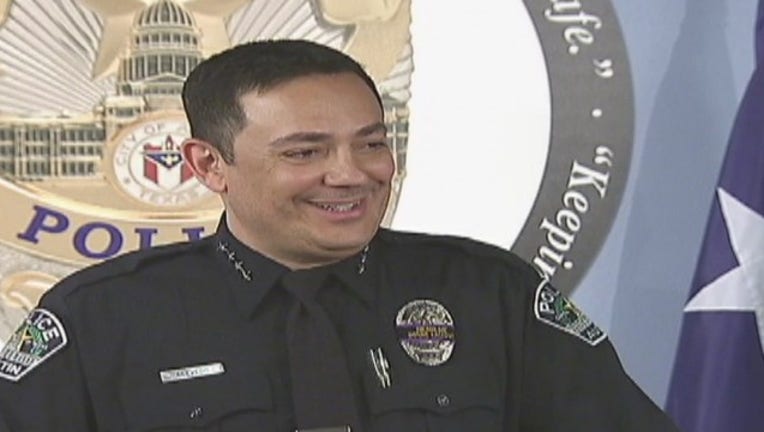 Local law enforcement and community groups spoke about why they believe there has been a 167 percent increase in ambush attacks on U.S. police officers this year.

“That badge is almost a target for some folks. It's just unfortunate,” said Patrick Patterson with the community group100 Black Men of Austin.

He may be almost 1,000 miles away from the city where two police officers in Iowa were killed in ambush style attacks, but for Austin Police Chief Art Acevedo it still hits close to home.

“Your thoughts and prayers are with those two police departments, the community, and the families of those officers,” said Acevedo

The story line is all too familiar. Two officers in their patrol vehicles shot in the blink of an eye with no warning.

For the past two days, Austin Police Department leaders and community groups have met to speak about building relationships and overcoming biases.

“Here in Austin, we, the community and the cops, are working together, are still talking, we're not letting all these tragedies in Dallas and today in Iowa break the bridge that we're trying to build here in Austin,” said Chas Moore, founder of the Austin Justice Coalition.

“I just think police officers are easy targets because of the way society is now, in terms of trying to pit law enforcement against minorities,” said Patterson.

Sporadic attacks all over the nation have many departments questioning the best way to protect their officers.

“There is a heightened level of angst right now in law enforcement because of these attacks that are occurring a little bit more frequently this year than in the past, but we don't want to be hypervigilant either,” Acevedo said.

Acevedo's message to the public is not to focus only on those officers that make mistakes.

“We're doing a pretty good job of holding bad ones accountable and coming together for that, but I think we need to do a better job of lifting up the good ones,” said Acevedo.