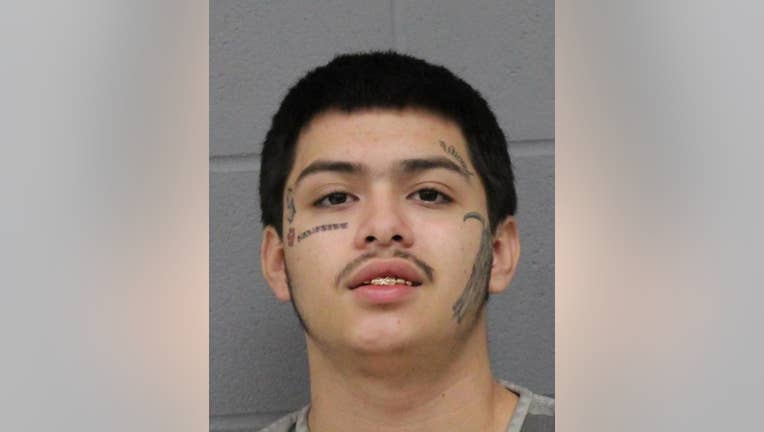 Carlos Narvaez, 17, was charged with murder following a deadly shooting in Downtown Austin on E. 6th Street on Dec. 7.

AUSTIN, Texas - A 17-year-old was arrested and charged for a deadly shooting in Downtown Austin, Austin police said.

When officers arrived, the found a victim, 32-year-old Sheldon Polk, on the ground unresponsive. He later died on the scene, police said.

The preliminary investigation shows Polk was involved in an altercation with a man he did not know, 17-year-old Carlos Narvaez. At one point, Narvaez pulled out a gun, shot Polk, and left the area.

Officers responded immediately and were able to capture Narvaez a few blocks away. Narvaez is charged with first-degree murder.

A man in his 30s is dead and a person of interest is in custody after a homicide on E. 6th Street.

Detectives ask anyone with information or video of the incident to call APD Homicide at 512-974-TIPS or email APD Homicide at homicide.apd@austintexas.gov. You may submit your tip anonymously through the Capital Area Crime Stoppers Program by visiting austincrimestoppers.org or calling 512-472-8477. A reward of up to $1,000 may be available for any information that leads to an arrest.

This case is being investigated as Austin's 67th homicide of 2022.