The Austin Police Department is looking for a man they say robbed two food trucks in Northeast Austin in an 80-minute span on March 1.

AUSTIN, Texas - The Austin Police Department is looking for a man they say robbed two food trucks in Northeast Austin on Monday.

"I have one pointed to the side, to the back, and one to the front. I’ve never had issues with customers in the 7 years I've been here. The cameras are because of him."

Mercado says food truck robberies are nothing new in her area. Her food stand has been robbed three times already with two of those times being in the same week. She says the cameras are meant to keep her safe in case it happens again.

"So that [police] will know in case he hurts me or kills me, they have something to go off of and not just a description. I want them to know who hurt us," said Mercado. 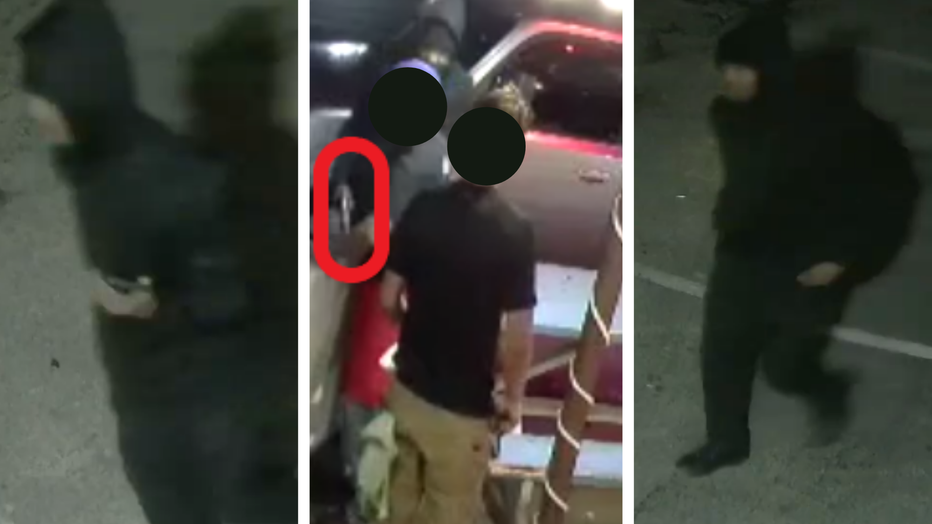 APD says the first robbery was reported at around 1:10 a.m. on March 1. Officers were told that two Tortas y Tacos Dos Hermanos employees were closing up for the night on N. Lamar Boulevard when they were approached by the suspect, who held both employees at gunpoint while demanding money.

The suspect then fled eastbound on foot before jumping into a white sedan and driving off with an undisclosed amount of cash.

About 80 minutes later, APD says the same suspect went to Taqueria la Chilanguita Food Stand at 2:31 a.m. to try and do the same thing. Mercado says she was there with her sister, daughter, and friend who works at the convenience store next door. She said she recognized the suspect from previous robberies at her food stand.

"[The suspect] came from back there, where he's come from all three times. He came and he put a gun to his ribs and pushed him into the trailer, and said ‘give me money, give me money," said Mercado.

One of the victims hit the suspect with a pan and threw hot oil on him.

Mercado says it was her friend at the convenience store who was being pushed around by the suspect. She says his quick thinking saved their lives.

"To me, he is a hero. He grabbed the fryer for the fries and hit the guy in the face and then he grabbed a pan with hot oil in it and just threw it at the guy," said Mercado.

The suspect fled the scene. APD says the suspect is described as a black man between 5’8" and 6’ tall. He was last seen wearing all black clothing and was armed with a silver/black handgun. Police also add the suspect may have burns from the hot oil thrown at him.

The victims in both incidents were physically unharmed.