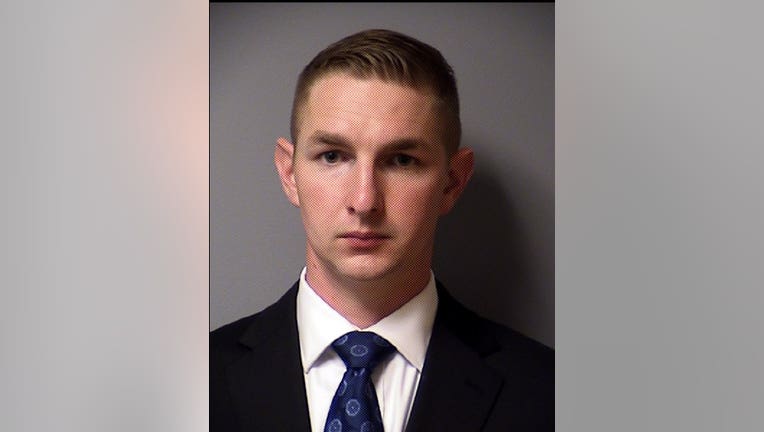 Austin Police Officer Christopher Taylor has been indicted for the 2019 murder of Dr. Mauris DeSilva, This comes 5 months after Officer Taylor's indictment for the 2020 murder of Mike Ramos.

Taylor and Krycia have both been charged with first-degree murder and third-degree felony deadly conduct. Bail has been set at $100,000 and both are to surrender all firearms, including APD-issued firearms and are prohibited from working with law enforcement or security companies in a capacity that requires them to possess a gun as conditions for bail.

On July 31, 2019, Austin Police received several 911 calls from the Spring Condominiums in Downtown Austin of a man having a mental health crisis holding a knife to his own throat. The man was 46-year-old Dr. Mauris DeSilva. He was shot and killed on the scene.

"To protect the integrity of the criminal proceedings in this matter, APD has delayed reaching any conclusion in its administrative review of the Officers’ actions," said Austin Interim Police Chief Joseph Chacon. "APD respects the role the Grand Jury holds in the criminal justice process and will continue to cooperate with the District Attorney’s Office on this case. As with anyone charged with an offense, these officers are presumed innocent unless found guilty through the criminal process. In respect of their right to a fair trial, we will not be commenting further."

The defense counsel for Officer Taylor released a statement Friday reinforcing that their client used appropriate force in the 2019 incident saying:

"Officer Taylor responded to a 911 call of a man armed with a knife inside a residential condominium. Officer Taylor took an elevator to the appropriate floor and, after the elevator doors opened, the man approached Officer Taylor still armed with the knife. The man refused to drop the knife as instructed. He advanced to within three to four feet of Officer Taylor before Officer Taylor had no choice but to use deadly force to protect himself. What happened was undoubtedly tragic, particularly if it is true the man was experiencing a psychiatric episode, but in no way was this murder."

Family of doctor killed by police in 2019 still awaiting justice

It has been two years since two Austin police officers shot and killed Dr. Mauris DeSilva while he was having a mental health crisis in Downtown Austin.

Officer Taylor's lawyers went so far as to say the Travis County DA is "waging a war" on police officers and they feel strongly that Taylor will be exonerated by a jury.

The Travis County DA responded later to allegations they did not allow a witness to testify during the grand jury presentation, saying:

"The allegations that DA Garza, or anyone acting in his capacity, would not let Dr. Williams testify are false. The State presented a thorough and balanced grand jury presentation consistent with its obligations under article 2.01 of the Code of Criminal Procedure. Due to grand jury secrecy laws, we are prevented from disclosing information about the grand jury’s proceedings," said a spokesperson for the District Attorney’s Office.