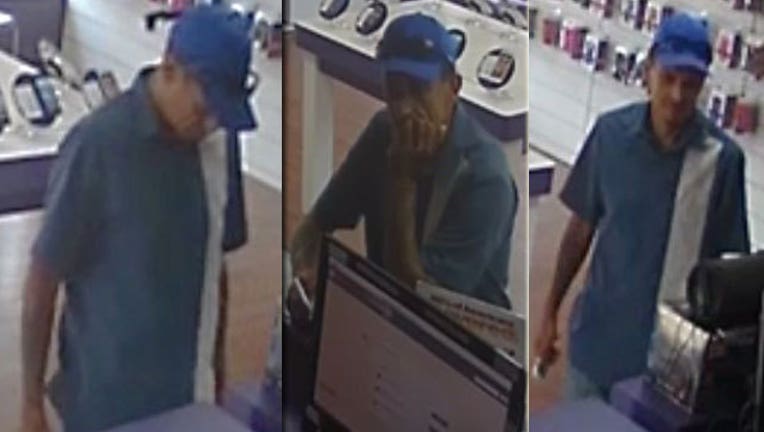 The Austin Police Department is asking the public for help in locating an aggravated robbery suspect. The incident happened on July 13 just before noon at a store in the 2700 block of South Congress.

Officers responded in reference to a man entering the store with a weapon, demanding money and then fleeing once he received money.

The suspect is described as a white male believed to be in his 40s, approximately 5'8" tall, medidum to thin frame with a short ponytail that sticks straight out.

Detectives are asking anyone with any information regarding this incident to call the Robbery Tip Line at 512-974-5092 or Crime Stoppers at 512-472-TIPS or text "Tip 103" + your message to CRIMES.