Investigators say they recovered 84 bullet casings from a parking lot on Todd Lane where the incident happened.

AUSTIN, Texas - The Austin Police Department is still looking for some of the suspects in connection to an aggravated assault.

Police have identified nine suspects and have arrested six but are still looking for three men and one person of interest.

APD says officers responded to a shots fired call and when they arrived they found a large crowd of people with multiple people and vehicles attempting to leave the parking lot of the location.

Officials say officers found more than 84 shell casings in the parking lot and in the roadway.

Investigators determined that nine people fired weapons during a drive-by shooting and subsequent retaliatory shootings. During the course of that event, more than 84 rounds were fired by the people involved.

In total, officials say 12 firearms have been seized including assault rifle variants and handguns.

WHO ARE THE SUSPECTS? 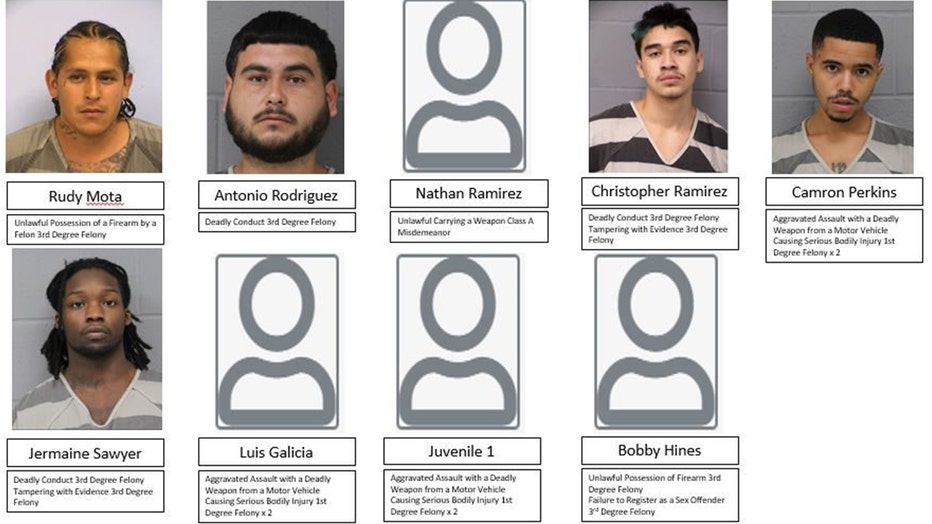 The six people who have been arrested have been identified as Christopher Ramirez, Jeramie Sawyer, Rudy Mota, Antonio Rodriguez, Camron Perkins, and Juvenile 1.

The three people police are still looking for have been identified as Luis Galicia, Bobby Hines, and Nathan Ramirez.

Galicia is wanted for two counts of aggravated assault with a deadly weapon from a motor vehicle causing serious bodily injury which is a 1st-degree felony.

Hines is wanted for unlawful possession of a firearm by a felon and failure to register as a sex offender. Both are 3rd-degree felonies.

Ramirez is wanted for unlawful carrying a weapon which is a Class A misdemeanor. 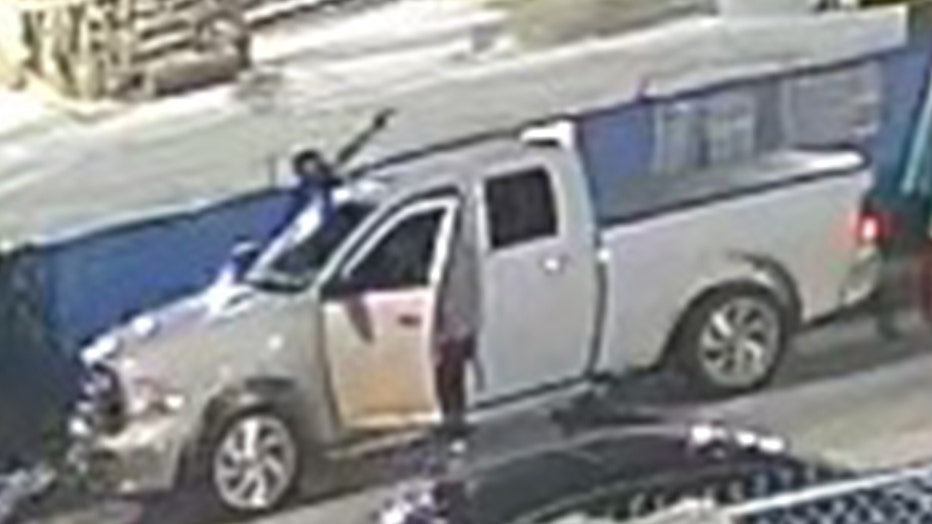 Police say one involved person is yet to be identified who was observed firing a weapon and is a person of interest. The person of interest is affiliated with a white Dodge Ram 1500 with custom rims, a bed cover, and a Mexican flag hanging off the rear bumper.

The person of interest left in a black Chevrolet Suburban with custom rims.

Police released a limited description of the unidentified person saying the person is believed to be a medium build white or Hispanic male. 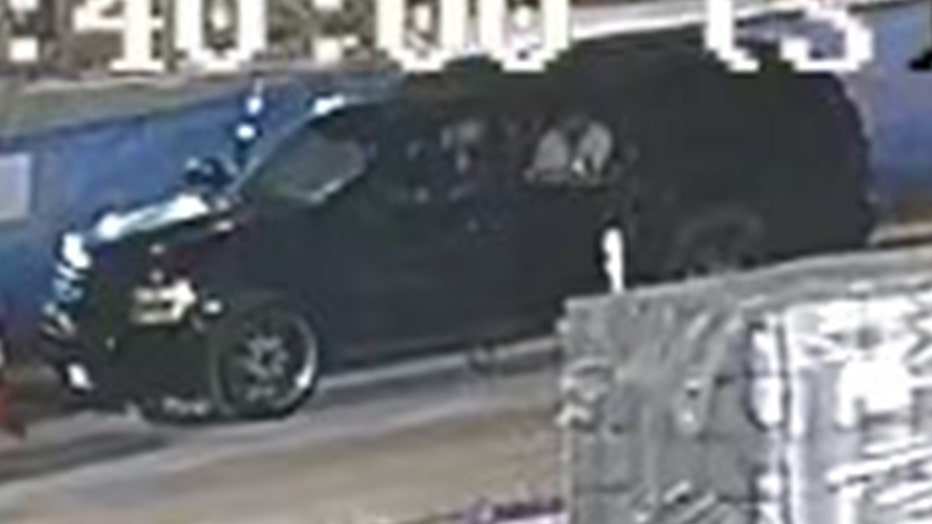 Anyone with information about this incident or other violent crime is asked to call the APD Aggravated Assault Unit at (512) 974-5245, Crime Stoppers at 512-472-TIPS or use the new Crime Stoppers App. You can also submit tips by downloading APD’s mobile app, Austin PD, for free on iPhone and Android.

Crime Stoppers is offering up to a $1,000 reward for information that leads to an arrest.