AUSTIN, Texas - Austin Regional Clinic released its flu numbers this week. And last week alone they've had almost one thousand positive flu tests. It's one of the busiest weeks they've seen this flu season and they expect it to get worse. 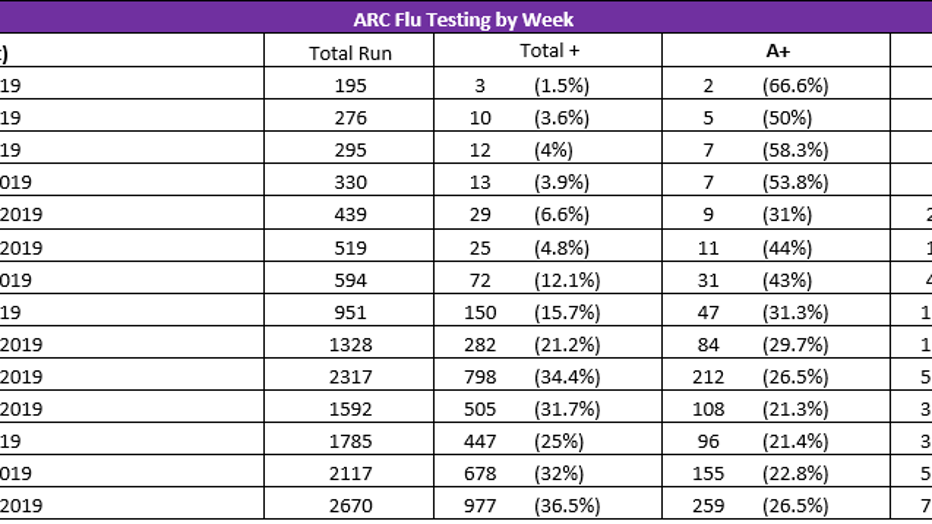 “Typically after Thanksgiving is when we see a big uptick in cases, then again on Christmas and all the way through the spring.”

Doctor Jordan Laroe at ARC Far West says when people are together so the flu. Since it's spread person to person - flu virus can be spread by up to 6 feet by sneezing droplets.

“Unfortunately you can potentially get flu four times in a given season and we've already had one patient that has had it twice so far this year,” Dr. Laroe says.

So as you're gathering and traveling for the holidays remember to wash your hands especially before you eat. And try your best not to touch your face.

“That's people traveling, people in airports shopping malls restaurants it's a great opportunity for the flu virus to spread,” she says.

The CDC says to wash your hands often with soap and running water especially after coughing or sneezing. Use an alcohol-based hand sanitizer containing at least 60% alcohol when soap isn't available and hands aren't visibly dirty.

As for tips for after traveling, closely monitor your health for seven days. If you become ill with flu symptoms, seek medical attention if they are severe. Dr. Laroe says you can be contagious even if you don't have a fever. So if you don't feel well think of others and stay home.

Majority of the positive flu tests ARC has seen is the B strain, at more than 73% last week. Dr. Laroe says it's not too late to get the flu shot.

For more information on how to make sure you don't get the flu, especially when traveling, you can go here.